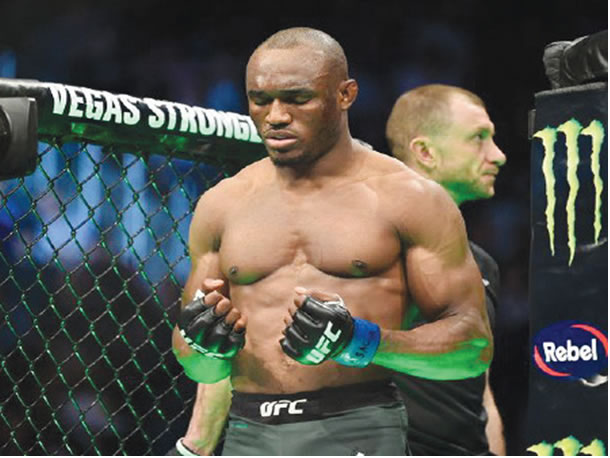 UFC President Dana White announced on Sunday that Leon Edwards will defend his welterweight title against Kamaru Usman at UFC 286 in the O2 Arena in London on March 18.

Edwards defeated Usman for the belt at UFC 278 last August after delivering a fifth-round head kick for a knockout, setting up their upcoming trilogy fight.

The two first faced off in December 2015 where Usman won via unanimous decision.

This fight will be a homecoming for the 31-year-old Edwards, who moved to England at the age of nine and fights out of Birmingham. For his professional career, he sports a 20-3 record with one no-contest. He has seven knockouts and three submission victories. Edwards is unbeaten in 11 straight fights dating back to that loss to Usman eight years ago.

The Jamaica native was down on the cards going into the fifth and final round with Usman in August before knocking him out with under one minute left.

Usman had won 19 straight fights before falling to Edwards. A win in that August bout would have tied him with Anderson Silva (16) for the UFC record winning streak. The Nigerian-born fighter, who lives in Florida and trains out of Colorado, had five successful welterweight title defenses, tying him for second-most ever in the UFC 170-pound division with Matt Hughes. For his career, he is 20-2 with nine knockouts and one submission.

ESPN has Usman ranked No. 3 and Edwards ranked No. 7 on its pound-for-pound MMA list.