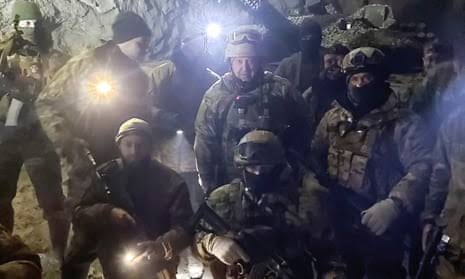 
The US will designate Russia’s Wagner group, which is believed to have thousands of mercenaries in Ukraine, as a “transnational criminal organisation”.

The White House said the group is committing atrocities and human rights abuses in Ukraine and elsewhere.

National security spokesman John Kirby told reporters on Friday that there were now some 50,000 Wagner mercenaries in Ukraine.

BBC says the new designation will allow the US government to apply wider sanctions against the paramilitary group, which has also operated in Syria, Libya and the Central African Republic, among other hotspots.