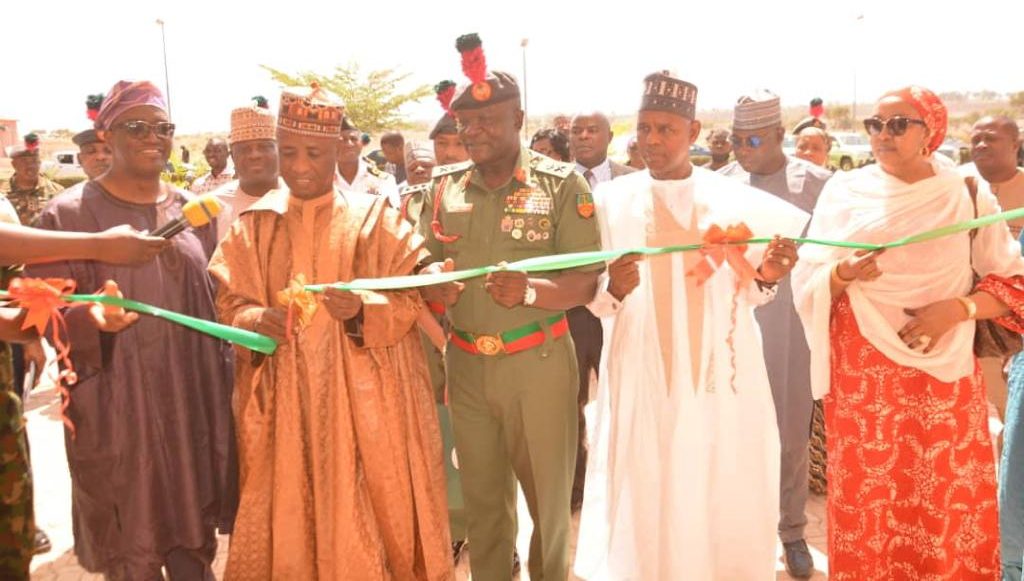 TETFund inaugurates projects worth over N2bn in Kaduna

The Executive Secretary of Tetfun, Mr Sony Echono disclosed this during the official commissioning of projects in Kaduna.

The Executive Secretary who was represented by the Director Monitoring and Evaluation, Architect Babatunde Olajide said that an estimated 162 of such projects in 54 beneficiary Institutions across 28 states of the federation are expected to be commissioned.

“let me remark that the projects to be commissioned in the various Institutions have painstakingly been screened through an assessment criteria and are suitable for commissioning,” he said.

The Executive Secretary said the financing of the projects by the Federal Government was an indication of it’s commitment to the provision of infrastructure in the Nation’s Public Tertiary Institutions.

He stressed that Tetfund mandate insist that value was obtained for funds allocated to the benefiting institutions to aid teaching, learning and research for global competitiveness.

Mr Echono commended managements of the Four Institutions that the projects were carried out for completing the projects within reasonable time frame and in the best standard required.

“The projects commissioned at the Nigeria Defence Academy for instance, come under the Annual and Zonal Intervention which commenced between 2019 and 2021 and completed fully in 2022

“As a Fund, we enjoin you to maintain proper maintenance of the structures to avoid early dilapidation in view of limited resources to construct new ones,” he concluded.

The Commander of the Nigeria Defence Academy, Major General Ibrahim Manu Yusuf said Tetfund had spent over N8 Billion Naira on the institution from 2016 till date.

“Since the beginning of the present government, the Academy has enjoyed the full support of the Tertiary Education Trust Fund to the tune of over N8.2 billion from 2016 till date, where about N6 billion is for Infrastructural Development; and N2.2 billion went to human capital, research, publication, library and ICT development among others,” he explained

He acknowledged the contribution of the Federal Government in the Man Power Development of the Academy and the Armed Forces of the country in general.

Major Gen Manu Yusuf appreciates President Muhammadu Buhari and the Tetfund for their immense support over the years .

Also in his speech, the Commander, Airforce Institute of Technology Kaduna, Air Vice Marshall P.O Jemitola also appreciated Tetfund for the projects executed in the Institute but appealed for more funding to improve more facilities.

Commissioning the projects in the four Institutions on behalf of President Muhammadu Buhari, the chairman Senate committee on Defense, Senator Aliyu Wamako charged benefiting Institutions to start focusing more on research and assured of governments continued support for the development of the Nation to meet best practices.