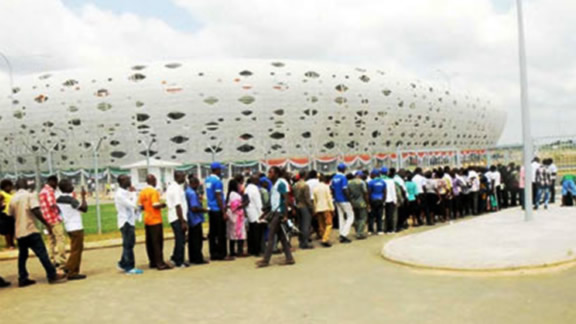 Rivers United played their preliminary games of the competition at their home ground,  the Adokiye Amiesimaka Stadium in Port Harcourt, but the stadium fell short of the Confederation of African Football requirements for the group stage games despite a recent upgrade of the facilities by the Rivers State Government.

According to the fixtures released by CAF, Rivers United will begin their campaign February 12 against ASEC Mimosas away from home, before playing their first home game against the same opponents February 19.

The fixtures also revealed that other home games against DC Motema Pembe and Diables Noirs will be played on March 8 and 19 respectively, in Uyo.

Rivers United are Nigeria’s sole surviving representatives on the continent this season, following the elimination of Plateau United, Kwara United and Remo Stars in the preliminaries.