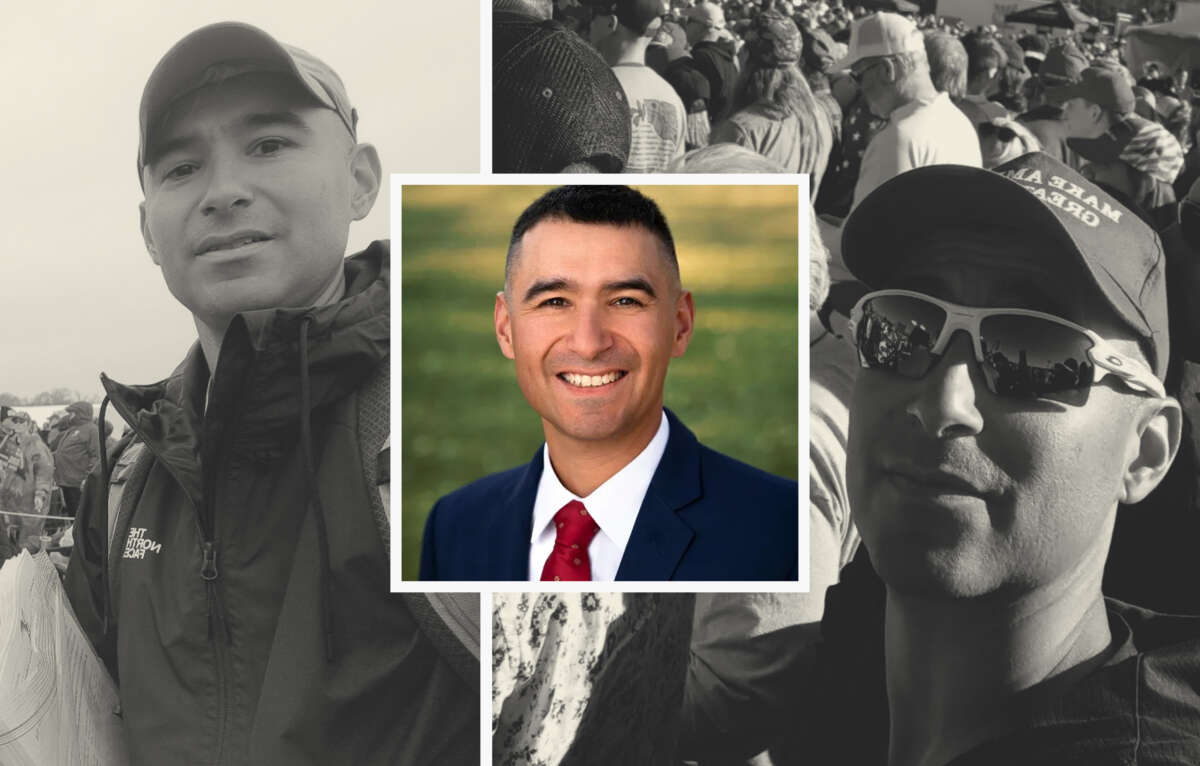 This story originally appeared in Truthout on Jan. 17, 2023. It is shared here with permission.

Police in Albuquerque, New Mexico, have arrested a Republican politician who they allege coordinated a series of gunshot attacks on the homes of Democratic lawmakers over the past two months.

Solomon Pena, who lost a state House of Representatives election in November, was arrested at a condominium complex on Monday afternoon. Police arrived at the condo with a warrant, and were confronted by Pena with a gun. After an hour-long standoff, Pena agreed to surrender.

Pena has been accused of paying four men to shoot at the homes of Democratic politicians. Police believe that Pena was present for at least one of the shootings.

Upon hearing reports of Democratic officials being targeted in the area, Rep. Javier Martínez, the current nominee for speaker of the state House of Representatives, inspected his home and found damage from bullets. Martínez believes the attack on his home happened sometime around December 8.

The shootings were believed to be political long before Pena’s arrest on Monday.

The Albuquerque police department “essentially discovered what we had all feared and what we had suspected — that these shootings were indeed politically motivated,” Albuquerque Mayor Tim Keller said. “They were dangerous attacks not only to these individuals … but, fundamentally, also to democracy.”

Pena, who sought a state representative seat in November’s elections, lost to his Democratic opponent, Miguel Garcia, by a nearly three to one margin, with Garcia winning 73.6 percent of the vote and Pena securing just 26.4 percent. In spite of his significant loss, Pena refused to concede and alleged without evidence that Garcia’s election win was illegitimate, echoing former President Donald Trump’s claims about his presidential election loss in 2020.

Indeed, Pena is a huge fan of Trump’s, bragging on his campaign website that he attended many of his rallies in the southwestern part of the U.S.

As recently as January 8, Pena claimed, without evidence, that his election loss was the result of fraud. In a January 9 Twitter post, Pena claimed elections in New Mexico were rigged in a general sense, and that he’d be heralded as a “hero” once proven right.

There is no evidence that voter fraud affected the results of New Mexico’s elections last fall, nor of widespread fraud affecting the 2020 presidential election.

Gov. Michelle Lujan Grisham (D) responded to Pena’s arrest by condemning his acts of violence and claims of election fraud.

“There is no place in our society or our democracy for violence against any elected official or their families,” Grisham said in a statement.