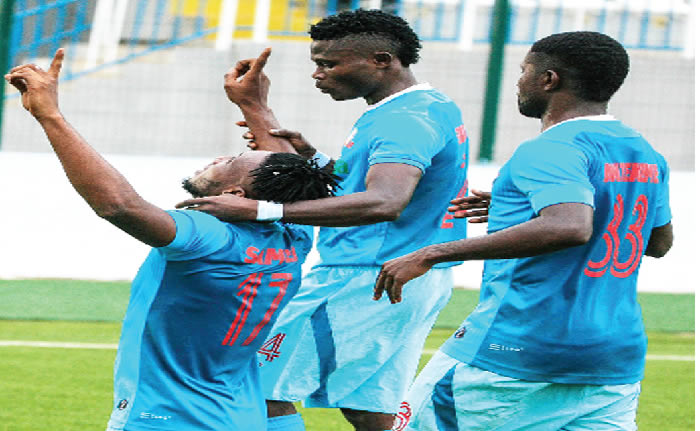 Remo down 3SC in Ikenne

Remo Stars have moved joint-top in Group A of the 2022/23 abridged Nigeria Professional Football League following a 2-0 win over southwest rivals 3SC in the last game of match-day three.

Two second half goals in the space of 10 minutes did the job for the Sky Blue Stars, who dominated the encounter but couldn’t convert most of their chances.

After a goalless first half, breakthrough came for Remo in the 60th minute courtesy of an own-goal by a 3SC defender, after a well worked run by Andy Okpe down the left.

Godwin Odibo added the second for Remo in the 70th minute through Godwin Odibo, who finished off a steal with a deft touch into the bottom corner of the net.

The defeat leaves Gbenga Ogunbote and 3SC without a win in the league, while Remo now have nine points from three matches and remain the only side yet to concede this season.

Remo’s next game is against in-form Bendel Insurance, who are joint-top of the group with nine points from three matches as well.