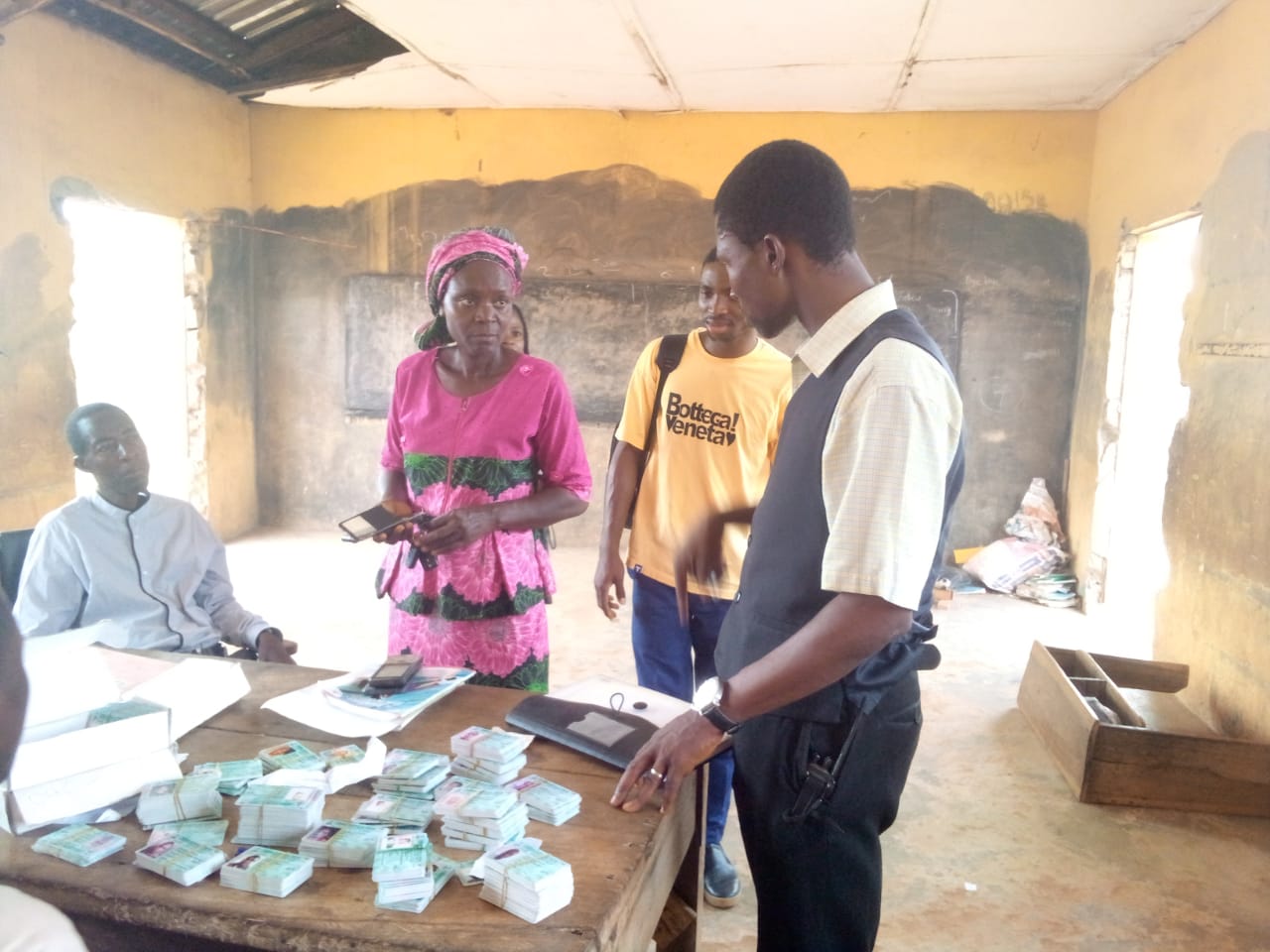 The Independent National Electoral Commission, INEC earlier this month extended the collection of permanent voter cards PVCs for more Nigerians to be able to vote in next month’s general election.

According to INEC, despite the extension, 386,000 PVCs are yet to be collected in Ondo state.

Radio Nigeria visited some collection centers in Akure, the capital city to take a look at the process of obtaining the card, the challenges, and the turnout of persons with disability for the exercise.

At ward 11, St Peter’s Oyemekun, one Mrs. Ayodele Abimbola who received her card after her name was confirmed described the process as fast and encouraging.

However,  in the case of Mr Ekundayo Amos the tale was different as his card was not found after thorough search by INEC officials.

This is very disappointing. I came all the way from Alagbaka to get the card at oyemekun a distance  with this fuel scarcity ” Amos laments

Give priority to PWDs

It was also an unpleasant tale for some Persons with Disability. Mrs Olabisi Omiyale and Oluwatoyin share their experiences Omobomi at ward 5 ,unit 22 ishinigo and ward 3 ,Unit 6 ,Gbogi Akure.

“We fought the INEC officials before they gave us our PVCs . They knew we are physically challenged and they insisted we joined the long queue and struggled with others”, they alleged.

They appealed to the officials to give preferential treatment to persons with disability in the electoral process.

Also, a former Chairman, Joint Association of Persons with Disability, Ondo state, Mr. Ewa Emmanuel -Ajayi, who is visually impaired urged the electoral umpire to further educate its officers on the need to give special attention to persons with disability without discrimination.

“Alot of people were there on the queue, INEC officials in  Iwaro Oka  Akoko told me to join the queue because  people were plenty. I had to contact our desk officer in Akure who instructed the local government Officer to give attention to persons with disability. The INEC that we know do not treat us this way “Emmanuel -Ajayi laments

Assessing the turnout of Ondo residents for the PVCs collection, the Head of INEC’s voter education, publicity, gender, and civil society, Mrs. Olufunmike Segun-Osifeso said over 300,000 cards were still in their possession.

Meanwhile, the State Director, Mrs Adelayo Adefolalu of the Agency of government saddled with the responsibility of educating Nigerians on its policies and programmes, the National Orientation Agency said sensitization programmes were ongoing on BIVAS at the grassroots in Ondo state.

Political observers are of the opinion that more Nigerians would obtain their voter cards and also get more enlightened on the Bimodal Voter Accreditation system before the election day so as to smoothly elect leaders of their choice who will pilot the affairs of the country for another four years.