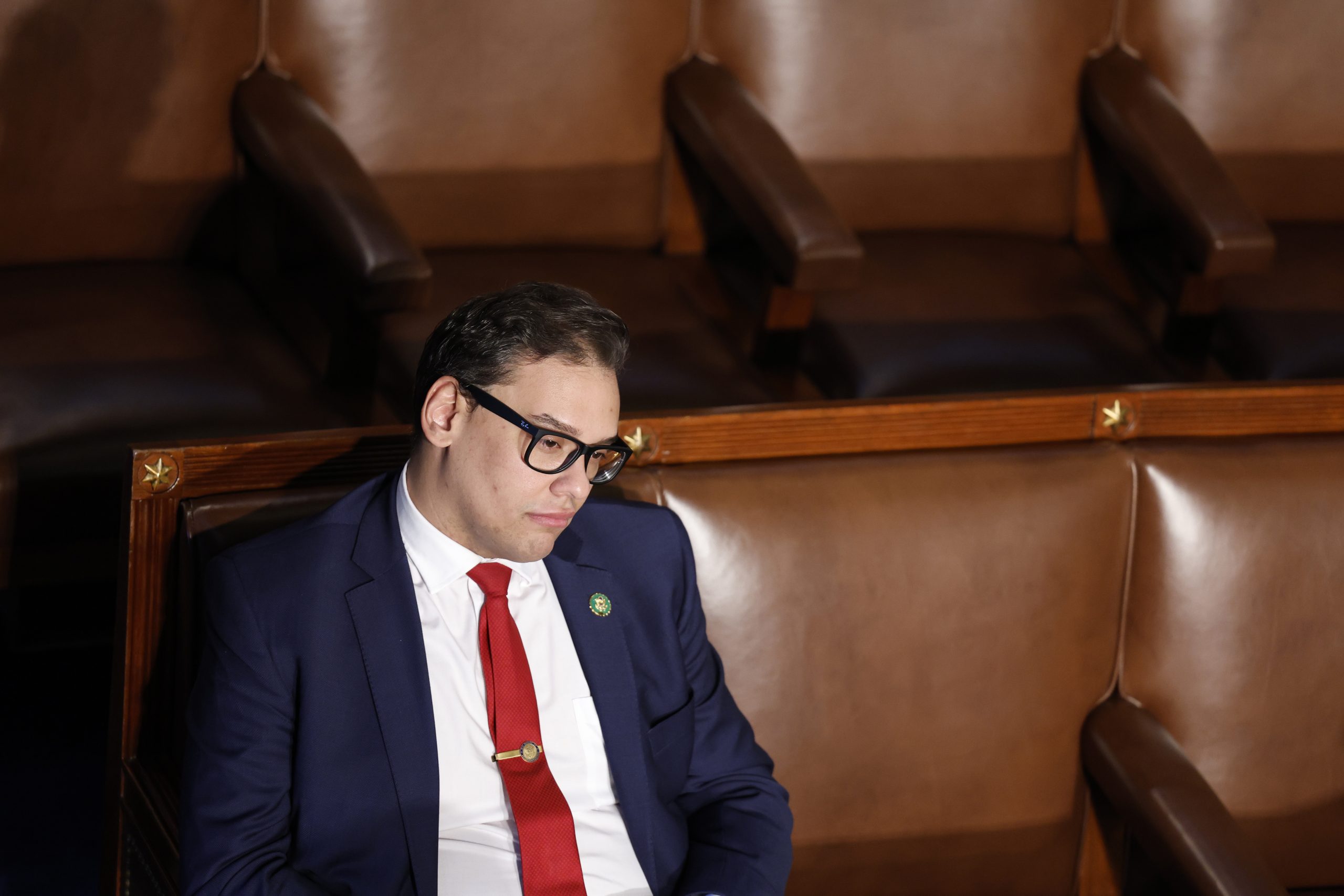 This story originally appeared in Truthout on Jan. 23, 2023. It is shared here with permission.

A majority of New York state residents say that Republican Rep. George Santos should resign from Congress just a few weeks after he was sworn in, due to his many lies on the campaign trail in 2022.

Santos has lied about so many issues that some media outlets, including HuffPost, have created running tallies of all the statements he made while campaigning for the House that were later revealed to be exaggerations or outright lies.

Santos claimed, for example, that his mother was at the Twin Towers in New York City on the day of the September 11, 2001, terrorist attacks, and died years later due to cancer caused by the inhalation of debris dust from the towers. In fact, his mother had not yet moved to the U.S. and was living in Brazil at the time of the attack.

More recently, it’s been revealed that Santos lied about having a bit part on Disney’s “Hannah Montana” program, which starred Miley Cyrus and ran from 2006 to 2011.

Some of Santos’s lies could potentially land him in legal trouble. A nonprofit group called the Campaign Legal Center, for instance, filed a complaint with the Federal Election Commission (FEC) earlier this month alleging that Santos’s “brazen lies” — including his willful concealment of “the true [funding] sources of his campaign” — warrant action from the government agency.

Santos is under investigation by New York prosecutors, who are looking at whether any of his documented lies broke campaign laws. A complaint by Democrats to the House Ethics Committee could also land him in trouble, due to inconsistencies on his campaign financial disclosures.

While the poll didn’t go into district-by-district results on its questions, it did ask respondents to disclose whether they lived in cities, rural areas or the suburbs. A majority of Santos’s district is suburban.

A whopping 76 percent of suburban New York residents say they view Santos unfavorably, while just 8 percent say they have a favorable view of the Republican lawmaker.

While a small number of Republican lawmakers have said that Santos should resign due to his lies, most Republicans in the House have tried to avoid the topic.

According to the Siena poll, however, most New York residents want Santos to remove himself from his position of power, with 59 percent of residents saying as such. Among those in the suburbs, 71 percent think he should resign.

Both Democratic and Republican voters largely agree that Santos should resign. Sixty-four percent of Democrats want Santos to resign over his lies; while a majority of Republicans disagree, a plurality of them (49 percent) say he should leave office, nearly double the number (26 percent) who say he shouldn’t resign, according to the poll.