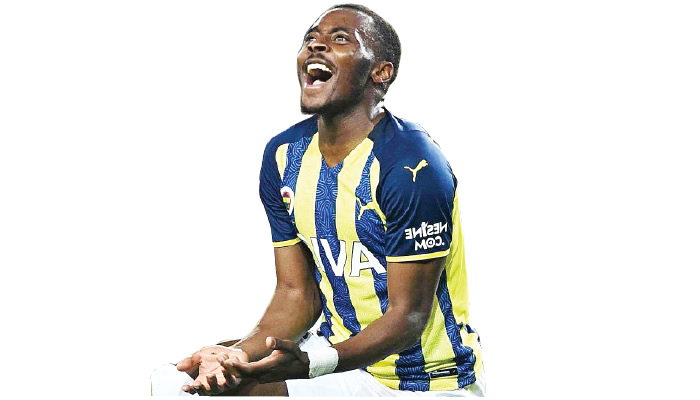 According to a Turkish media outlet, As Marca, Palace are prepared to pay €11.3m for the Nigerian defender who has been impressive for the Yellow Canaries this season.

Osayi-Samuel has two years left on his current deal and has made 15 league appearances this season for Fenerbahce who are placed second in the Turkish Super Lig – four points adrift leaders Galatasaray.

Should the deal go through, it will be a dream move for Osayi-Samuel who had dreamt of a switch to Selhurt Park three years ago while he played for Queens Park Rangers.

Born in Okija to Nigerian parents 24 years ago, Osayi-Samuel emigrated to England when he was barely 10.

The full-back has since developed into one of the most accomplished defenders in the Turkish league.

The right-back made his full debut for the Super Eagles in the 4-0 defeat to Portugal in a recent friendly.

The Fenerbahce defender was Nigeria’s best player on the night in Lisbon, he won a penalty that forward Emmanuel Dennis missed.