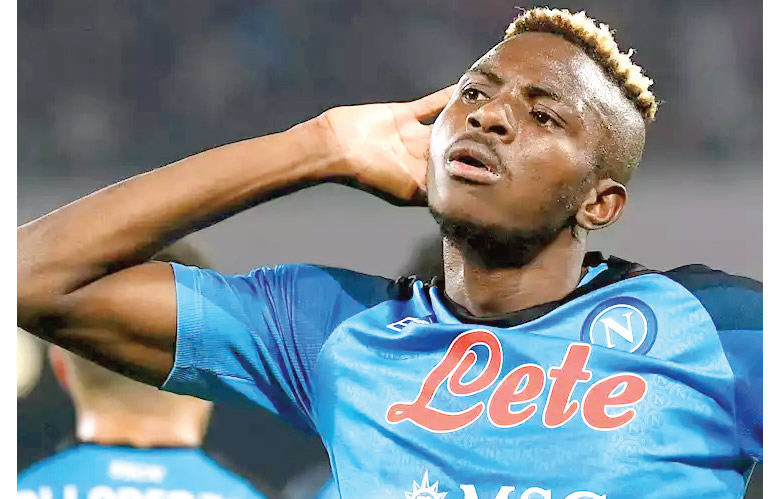 Osimhen, Lookman make Serie A Team of The Week

Following their impressive performances for Napoli and Atalanta respectively, Super Eagles duo Victor Osimhen and Ademola Lookman were included in the Serie A Team of The Week, PUNCH Sports Extra reports.

Both players scored twice to earn a place in the Team of The Week, which was compiled by football facts and statistics website, whoscored.com, and published on their Twitter handle on Tuesday.

Osimhen had an impressive performance in Napoli’s 5-1 thrashing of Juventus, opening the score for the league leaders in the top-of-the-table Serie A clash, ending Juve’s run of 770 minutes without conceding in the league.

The 24-year-old then assisted Khvicha Kvaratskhelia, before doubling his strike tally in the second half in between goals from Amir Rrahmani and Elif Elmas.

Osimhen is only the third player to score and assist in the first half against Juve over the past 15 seasons, after Cagliari’s Luca Gagliano and Roma’s Diego Perotti (both in 2020).

Back in his goal-scoring form since November 2022, Lookman turned up in style for Atalanta as they brushed aside Salernitana 8-2.

The winger was scorer and provider in the drubbing as he scored in both halves to increase his goals to nine this season while also taking up his assists tally to three.

Osimhen was one of four Napoli players who made the list, while Lookman was one of another four Atalanta players included.

The Team of The Week, which is in a 4-4-2 formation, has Lookman on the right of the four-man midfield and Osimhen in the attack.

Osimhen is still the league’s top scorer with 12 goals while Lookman is in joint second with nine goals in the top scorers chart.