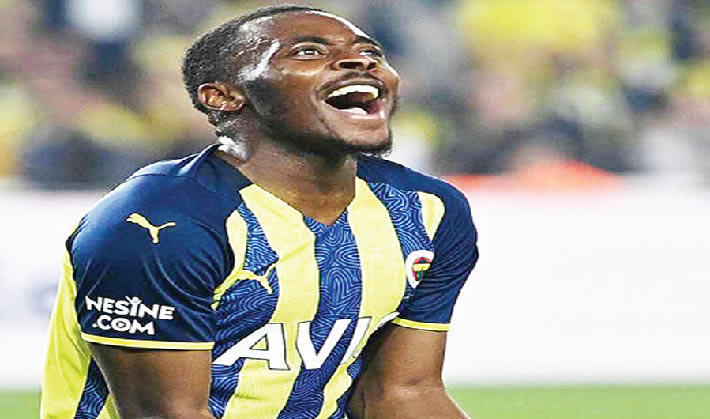 Bright Osayi-Samuel looks set for a spell on the sideline after he suffered an injury in Fenerbahçe’s Ziraat Turkish Cup match at home to Çaykur Rizespor in a last 16 encounter, Sunday PUNCH Sports reports.

The Nigerian defender copped the injury in the 80th minute of the game which Fenerbahce won 2-1, and Osayi-Samuel was replaced by Willian Arao.

This could be a major setback for his departure from the Turkish club, as his performance has attracted interest of some Premier League clubs with Crystal Palace and Nottingham Forest leading the race to sign the former Queens Park Rangers defender.

According to a Turkish media outlet, As Marca, Palace are prepared to pay €11.3m for the Nigerian defender who has been impressive for the Yellow Canaries this season.

While both teams have been looking to bolster their squads with Osayi-Samuel, his latest injury could be a major setback for him to leave the Yellow Canaries in the January transfer window.

Osayi-Samuel has two years left on his current deal and has made 15 league appearances this season for Fenerbahce who are placed second in the Turkish Super Lig – four points adrift leaders Galatasaray.

Should the deal go through, it will be a dream move for Osayi-Samuel who had dreamt of a switch to Selhurt Park three years ago while he played for Queens Park Rangers.