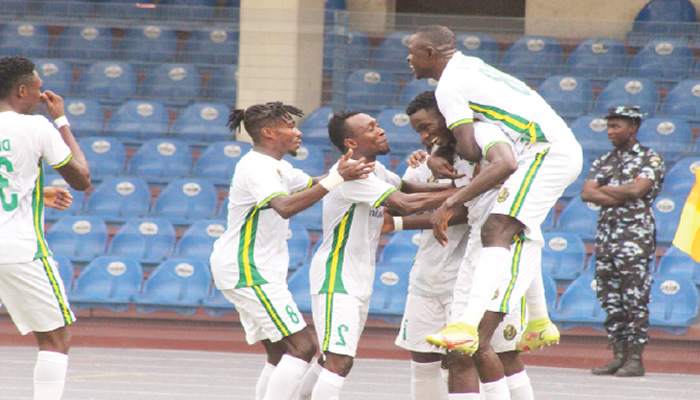 Imade Osarenkhoe’s 25th minute header made the difference for Bendel Insurance as they edged Kwara United 1-0 on match-day three of the 2022/23 Nigeria Professional Football League in Ibadan on Sunday, PUNCH Sports Extra reports.

Having scored in the first two games of the season, Osarenkhoe was primed to add to his tally and it took him 25 minutes to find a way around the Kwara backline, sneaking behind them to beat the offside flag, before glancing a header past Adewale Adeyinka for his third goal of the season.

Kwara United turned on the heat against their visitors in the second half, but the Benin Arsenal stayed resilient to snatch all three points and a third consecutive win of the season.

Meanwhile, the pressure on Kwara United coach Azeez Mohammed keeps piling following the loss to Insurance as he failed to honour the post match interview.

Kwara United are winless after three games this season, with two draws and a defeat

All the games have been at their adopted ground in Ibadan.

There might be no end in sight to their winless run as they travel to Aba to play Enyimba on matchd-day four, while Insurance will now return home for a date with Remo Stars.