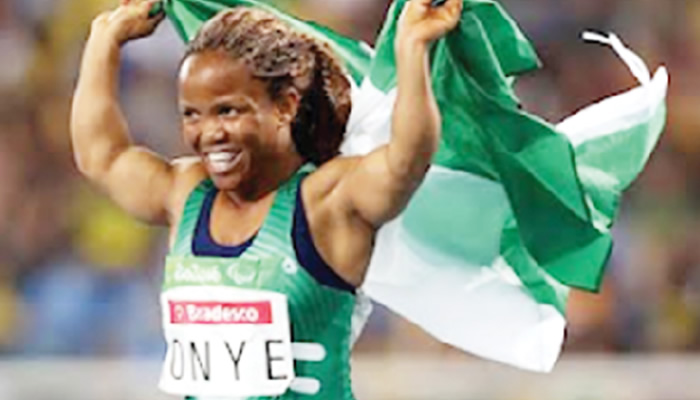 Paralympic gold medalist, Lauretta Onye, who specialises in the F-40 shot put, is disappointed after her two gold medals at the last edition of the 2022 National Sports Festival in Asaba, Delta State were disqualified.

The 2015 World Championships gold medallist said she was unhappy to have returned from the 21st sports festival without medals after everything she put in to ensure victory.

“We competed but the event was cancelled because we were not up to the number of states they needed. I could have won two gold medals but I came back from the festival empty-handed,” Onye, who should have represented Team Delta, told The PUNCH.

“They needed at least five states, but only three states Lagos, Rivers and Delta were registered. Among the three states that competed, I came first in the two events, even if we had 36 states, I would still have come first.”

She added that the cancellation of Paralympic sports at Delta 2022 discouraged many of her colleagues, who she claimed,  joined the political campaign of Nigerian politicians.

“I feel very bad for not competing at the sports festival in Delta State. The sports ministry is not encouraging us, especially the para-athletes.

“I was not happy with what happened at Asaba 2022, with all the training and preparations. I feel sick at Asaba because the food, environment and weather affected me.

“I could not come out for the opening parade. My body system is not used to the food they gave me at the festival.

“After the sports festival in Asaba, many of the athletes have lost interest in sports and have chosen to run political campaigns for politicians.”