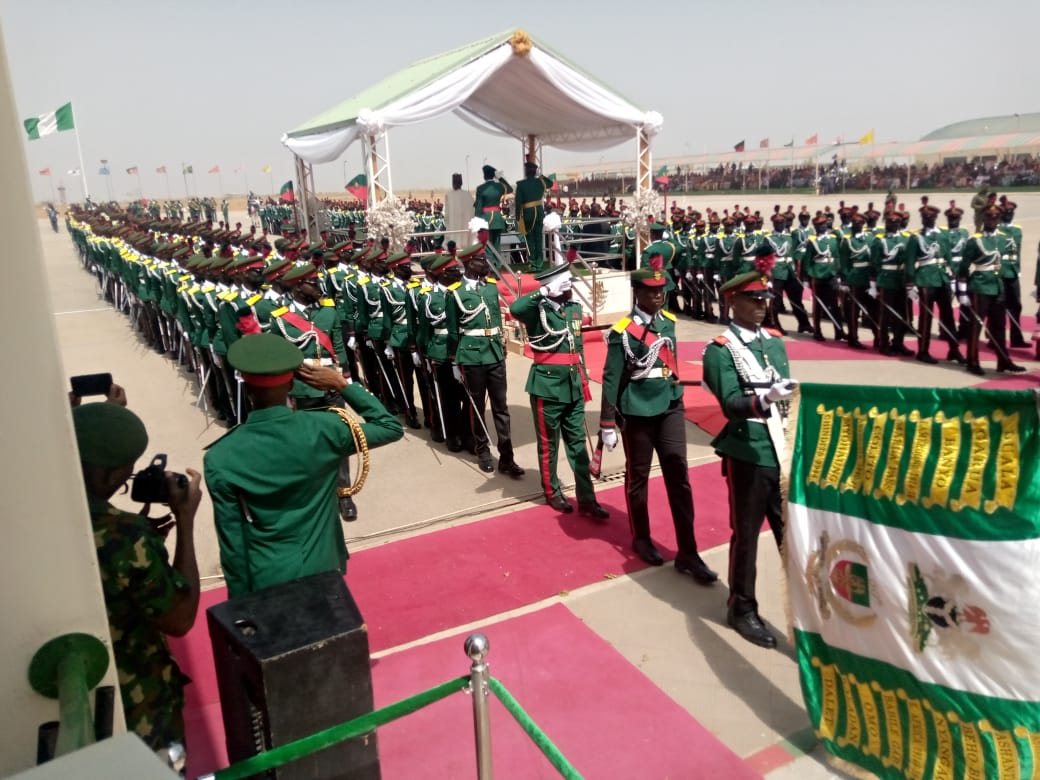 
Nigerians have been advised to celebrate fallen heroes everyday and not yearly for laying down their lives for the Nation.

In a chat with Radio Nigeria on the sideline of the activities, the General Officer Commanding 81 DIV, Major General Ajunwa said fallen heroes should be celebrated daily by individuals, private sectors and all relevant authorities.

He said the Ogun state government had done a lot for the widows, including the construction of road from the town to the barracks for easy access and to enable them convey their agricultural produce to the market .

Some of the widows who gave their names as Mrs Oyiola Sobowale and Mrs Oluwaseyi Iliya said their husband’s died while serving the nation and they expected the nation to give back to them but the reverse has been the case.

Mrs Sobowale said what she needs most is the payment of her husband insurance policy and the promised sponsorship of the children of fallen heroes from age six to twenty two.

While Mrs Iliya lamented that the gratuity paid to widows of the fallen heroes is usually shared with the families of their spouses.

The widows who appealed to relevant authorities to come to their aid, said despite the fact that they live in Lagos, they are yet to benefit from the state government’s assistance to people like them.

The Deputy Commandant General and Chairman Nigeria Legion Lagos council, Hakeem Wolimat appealed to private sectors and the populace to join the government in empowering the widows and orphans of the fallen heroes

Senior officers of the military, paramilitary traditional rulers and officers wives were on ground to celebrate the fallen heroes.

The event which ended with laying of wreaths saw some of the widows weeping.

Meanwhile, the Lagos State Governor Babajide Sanwo-Olu who was represented by the Deputy Governor, Dr Obafemi Hamzat led other dignitaries to lay wreaths while prayers were offered for the souls of the fallen heroes and for  peace in the Country,  before, during and after the general elections.

In an interview with newsmen after  the short ceremony, Dr Hamzat pledged the State’s continued support to serving and retired members of the Armed Forces as well as the families of the fallen heroes.

Governor Hope Uzodimma of Imo State has called on the National Assembly to enact a law that will establish a special trust fund to cater for the welfare of veterans and families of fallen heroes.

He made the call during the celebration of Armed Forces and Remembrance Day celebration in Owerri.

Governor Uzodimma suggested that the fund should be fashioned in such a way that the federal, state, and local governments as well as corporate organizations would be contributing a certain amount of money which should also take care of the education of the families of the legions.

According to him the measure will go a long way to motivate those in service to be more dedicated to their duties.

Governor Uzodimma commended the Armed Forces for their contributions towards containing insecurity in Imo state and pledged the support of his administration to assist them to realize their mandate.

Kano State Governor, Dr Abdullahi Umar Ganduje has said the Armed Forces Remembrance Day is an important occasion meant to remember the enormous contribution of the fallen heroes who died in the service of the nation.

According to him the event is a tradition that has taken place every year to acknowledge the sacrifice made by our fallen heroes towards ensuring the unity and the defense of our country.

Mr Ganduje represented by his deputy and APC Governorship Candidate, Dr Nasiru Yusuf Gawuna stated this on Sunday shortly after the parade and wreath laying ceremony in commemoration of the Armed Forces Remembrance Day held at the Cenotaph in Kano.

“We are here to show our concern and relate with the families of the legionnaires”. He added.

The occasion of Armed Forces Remembrance Day gives cause for reflection to remind the people of the sacrifices made by security forces in preserving the unity of Nigeria.

The Commissioner of Police in Anambra state Mr Echeng Echeng stated this when he joined other Service Commanders in the state to honor security Forces and personnel who paid the supreme price in service to the nation.

In a statement made available by the Police Public Relations Officer in the state, DSP Tochukwu Ikenga , the Commissioner commended the fallen heroes for their contributions in protecting lives and property.