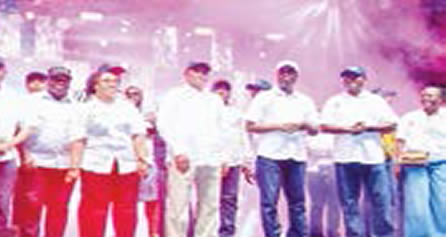 Following a two-year break caused by the COVID-19 pandemic, the Lagos State Government renewed its mission to use entertainment to foster unity among residents with the return of the Greater Lagos Fiesta.

Speaking on the event which was staged during the festive period in 2022 in the five divisions in the state, Martins said the fiesta was in line with the Lagos State Governor, Babajide Sanwolu’s aim of using entertainment to unite Lagosians, adding that youths had a fun-filled experience during the Greater Lagos Fiesta.

Martins said, “It was all about the E (entertainment) in the THEMES agenda to foster unity amongst citizens of the country staying or visiting Lagos at the period and also to whittle down criminal activities.

“A lot of youths who hitherto would have had a bleak yuletide had places to go where they had exciting fun and mixed with other citizens and some of them who vendors made great sales.

“Indeed, it was a well-thought-out decision for the governor and the state executive to bring back the Greater Lagos Fiesta going by the turnout of fun seekers during the fiesta that had very encouraging things to say about the events in all the locations in the state.”

Martins said the fiesta witnessed lower security challenges and also experienced a large turnout from members of the state executive and the state House of Assembly.