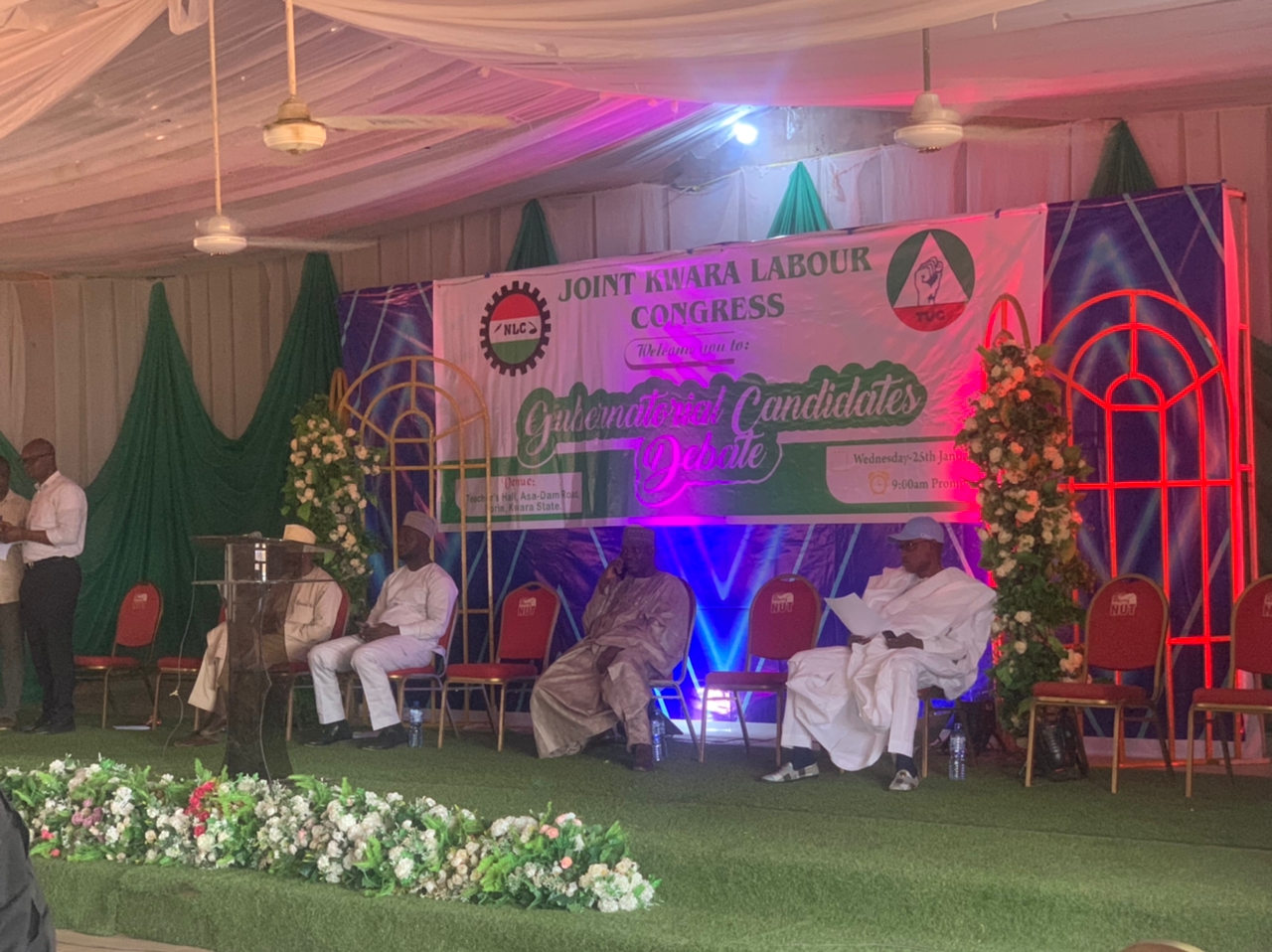 Four among the 14 governorship candidates for the 2023 general elections in Kwara state have identified teachers’ welfare as their priority programme if elected.

Speaking at a debate organized by the Joint Kwara Labour Congress in Ilorin, the governorship candidates of the Peoples Democratic Party (PDP), New Nigeria Peoples Party (NNPP), Labour Party (LP) and the Action Alliance (AA) said that teachers are key stakeholders in education development of the state.

The PDP governorship candidate, Alhaji Shuaib Yaman Abdullahi, who spoke about salary disparity between teachers in the employment of the State Universal Basic Education Board (SUBEB) and the state Teaching Service Commission (TESCOM), pledged that his administration would ensure resolution of the matter.

The governorship candidate of the AA, Mr. Dauda Salman Magaji, in his own submission, said that Kwara State teachers would be treated fairly and justly if he is elected into office as state governor.

Professor Shuaib Oba Abdulraheem of the NNPP, who was a former vice chancellor of the University of Ilorin, said that his administration would make education a priority.

The NNPP flag bearer also said that he would fight corruption in all sector.

Also, the Labour Party gubernatorial candidate, Abubakar Basambo, said that if elected as the governor of Kwara state, his administration would invest over N1bn in local government to fight poverty.

Meanwhile, the NLC Chairman, Comrade Issa Ore, said that the debate was organized to enable Kwara State workers decide on who to vote for in the next general elections.