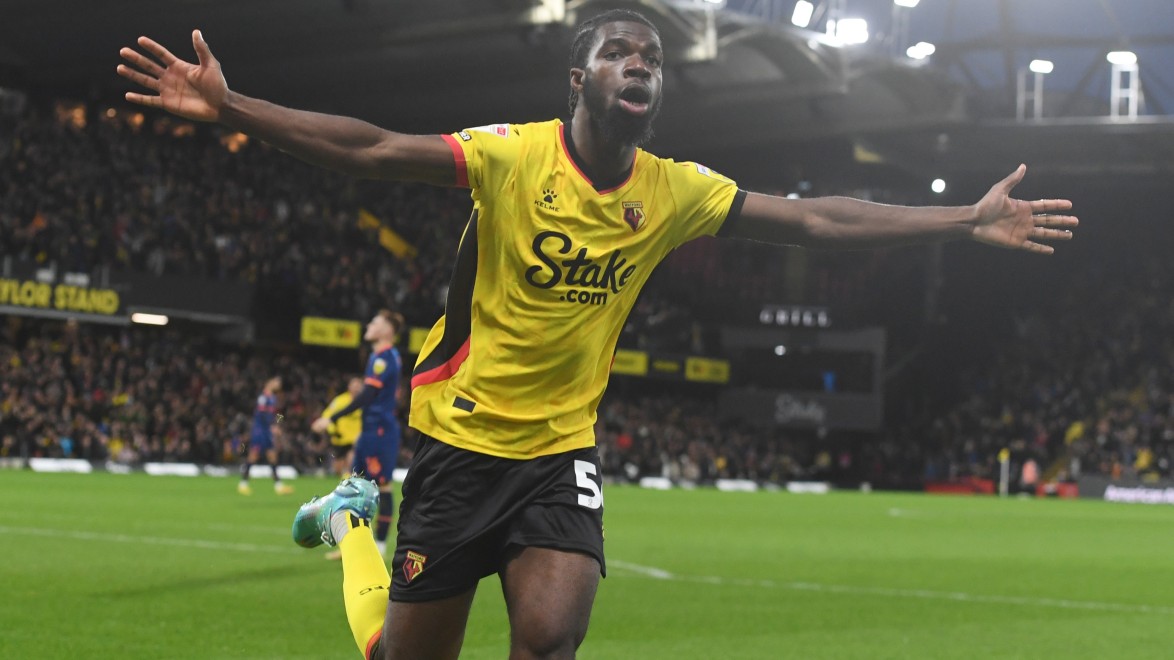 Watford FC forward, Tobi Adeyemo, is delighted with his home debut after scoring in the Hornets’ 2-0 win over Blackpool on Saturday.

The 17-year-old striker of Nigerian descent, who was handed his senior debut in Watford’s loss to Reading in the FA Cup last weekend, made his second appearance for the club and scored on his home debut as Slaven Bilic’s side fight to return to the English Premier League.

With the score level at the Vicarage Road, Bilic sent in Adeyemo in the 68th minute to replace Vakoun  Bayo as the Hornets seek for their second consecutive win having defeated Norwich City in their first game of the New Year.

With just four minutes after his introduction, Adeyemo broke the deadlock to put Watford ahead after a fine finish past goalkeeper Christopher Ethan Maxwel before Ismaila Sarr added a second from the penalty spot three minutes from time.

Adeyemo couldn’t quite describe his feelings after the game but was extremely thankful to the club and the staff for their unwavering support.

“It was an indescribable feeling,” Adeyemo told the club’s website.

“I want to say that dreams do come true. I have dreamt about this moment, scoring on my home debut. The fans are incredible, it was an amazing feeling.”

Adeyemo added, “Slaven [Bilić] told me that I was here for a reason, and that he wanted me to go out there and show what I can do. I just want to thank Slaven so much for giving me the opportunity – I’m just so grateful.

“I can’t describe [the celebration]. It’s terrific, absolutely terrific. Grieves, what a legend, I love that guy. Seeing him from the Academy and being on the pitch together at the same time is different class.”

Adeyemo is hoping to use this incredible moment as a platform to continue progressing in his bright career.

He said, “It’s been an incredible week, with the FA Youth Cup win [against Everton], and making my debut against Reading. I’m just so grateful really. Everything has happened so fast, I’m just trying to keep up.

“I’m going to remember this for the rest of my life. I will not forget this moment. I just want to kick on now, and I’m hungry for more.”