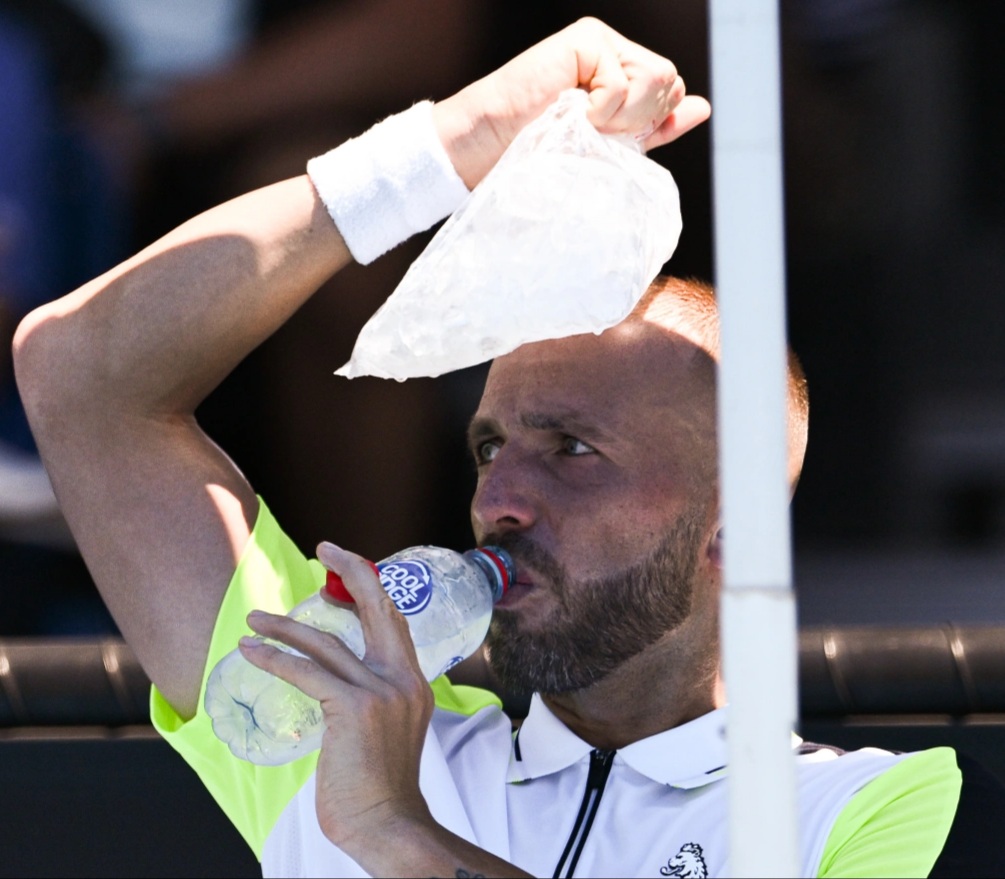 The second round of the ongoing Australian Open in Melbourne was on Tuesday halted for three hours on all outside courts, as temperatures rose to 35C.

The extreme heat led officials to suspend all play on the outside courts, who agreed that it was too dangerous to play competitive tennis is such condition.

The decision was taken just before 2.15pm local time – which is 3.15am GMT – and it was only until after 5pm that the matches could resume.

According to the Sun UK, the tournament referee was forced to act when the Australian Open Heat Stress Index – which takes into account the strength of the sun, air temperature in the shade, relative humidity and wind speed – reached its highest level of five.

When it reached four, singles players were allowed to take a 10-minute recovery break.

For the women this point was between the second and third sets of their matches.

Andy Murray’s match against Matteo Berrettini was allowed to start under the roof on Rod Laver Arena.

Matches on Margaret Court Arena and John Cain Arena – which both also have a roof – were allowed to continue.