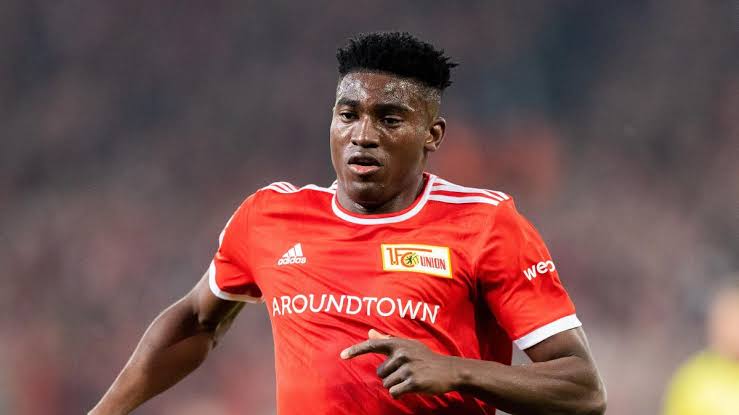 EPL: Awoniyi out for months

English Premier League side, Nottingham Forest’s ambition of staying in the topflight has been dealt a heavy blow after it was reported that Nigeria international, Taiwo Awoniyi, will be out for months due to injury.

Foot Mercato journalist Santi Aouna claimed on Twitter, that already has over 80,000 views, that the Nigerian will be out for months.

“Awoniyi is injured for some months,” he wrote.

Awoniyi adds to a growing list of concerns among the Forest ranks. Dean Henderson and Willy Boly will likely miss Saturday, with Moussa Niakhate a long-term casualty.

The striker hasn’t played since the 1-0 win away at Southampton when he scored the winner.

The 25-year-old was slowly but surely getting up to scratch with the Premier League. His goal at St Mary’s Stadium was his fifth in all competitions and his form of late had been top-notch.

Now, it looks as though Forest must do without him for the foreseeable future. The news offers a further indication of why Forest are ramping up their efforts to sign Newcastle striker Chris Wood.

Awoniyi signed for the Reds in the summer for £17.5m from Union Berlin. It’s taken him some time to settle but since the World Cup, he’s looked good as a left-sided striker.

The former Liverpool forward’s injury has forced the Reds to pursue the signing of the Newcastle attacker, who will join Sam Surridge and Emmanuel Dennis.