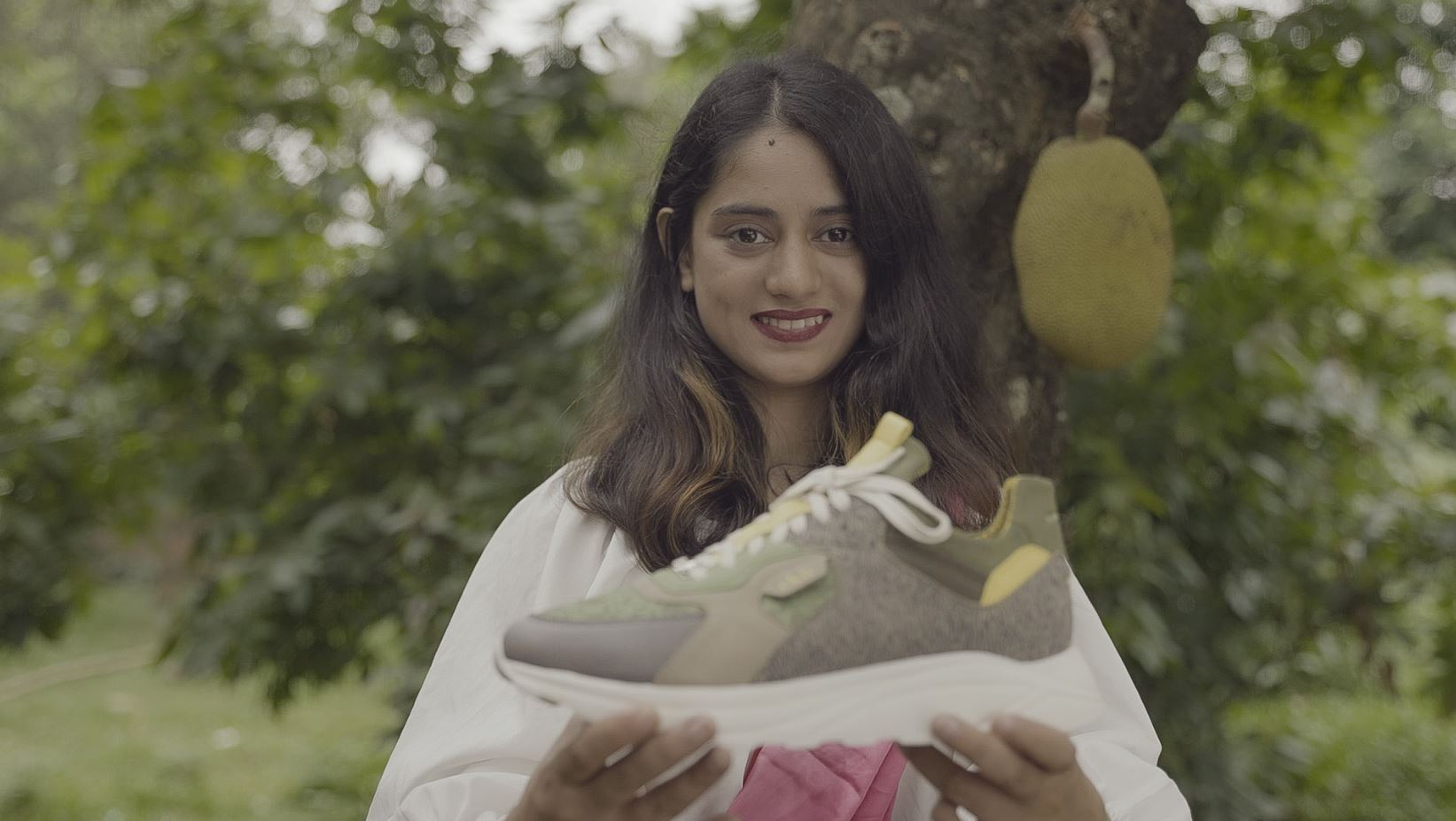 Designed In Bangladesh, Made in Europe


Sustainable footwear brand ‘ekn’ introduces the world’s first sneaker made in Europe and designed in Bangladesh by a rising female fashion designer from Dhaka.

In a step that subverts the status quo of fashion design, Frankfurt-based sustainable footwear brand ekn is launching the world’s first unisex shoe designed in Bangladesh and made in Europe.  The new ekn Kamthala is a limited edition vegan sneaker manufactured in Portugal and designed in Bangladesh by a rising female Bangladeshi designer, Rokaiya Ahmed Purna.

The concept was to ‘create a sneaker as a symbol of respect’ – aiming to reverse some of the unethical supply chain practices, pollution and exploitation that have been synonymous with the footwear industry for decades – tapping into the younger generations’ appetite for meaningful change. 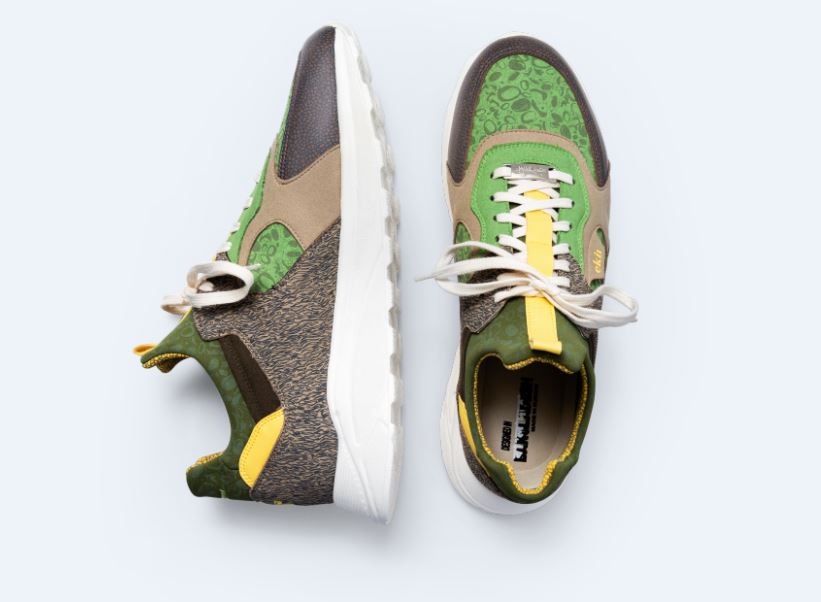 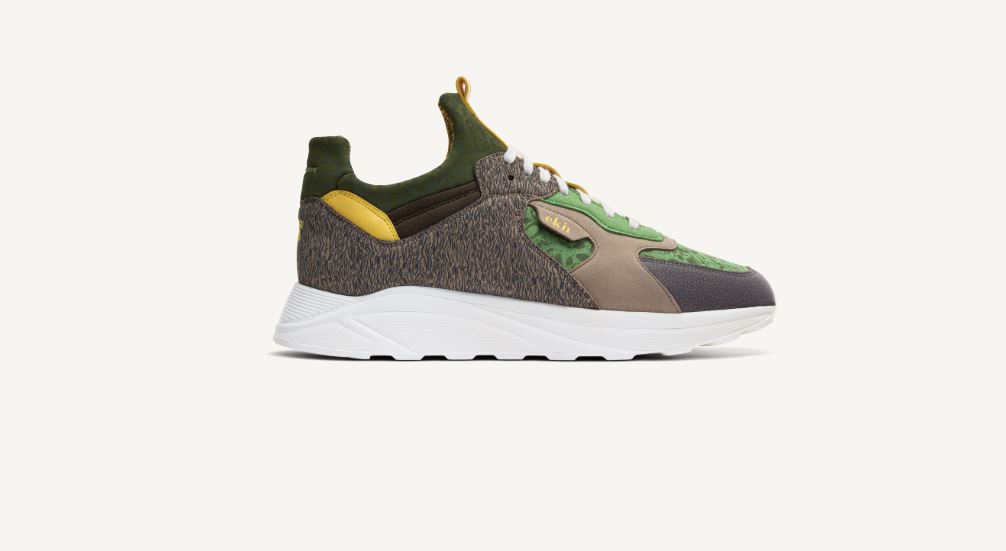 “In Bangladesh we have a very rich cultural tradition and heritage, which I try to implement into all of my work,” she says.  My own roots and childhood memories also influence my designs; the inspiration for the ekn Kamthala comes from the jackfruit, the national fruit of Bangladesh, which I have a deep relationship with.  As a child there was a tree right in front of my house where I would play, and draw, and sleep under.  We’ve become used to the term ‘Made in Bangladesh’, not ‘Designed in Bangladesh’, but the new generation of Bangladeshis are starting to think differently and act differently.  As part of this generation, I feel fortunate to have the opportunity to create change. I’m living the dream of so many people, so it’s an opportunity which comes with a lot of responsibility.” 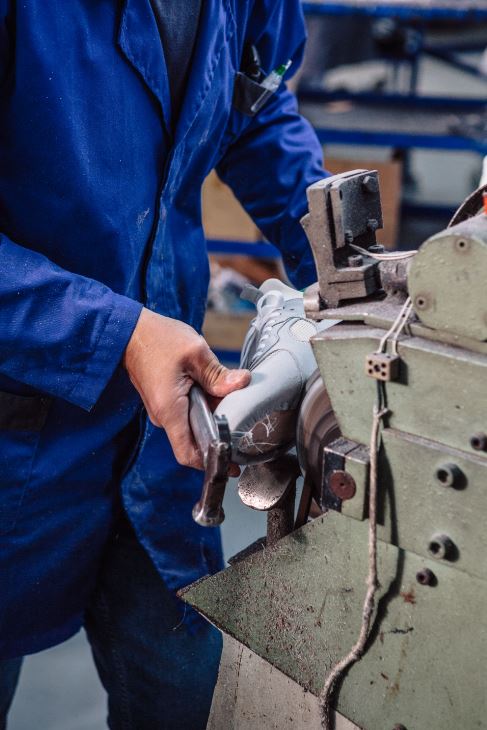 ekn was founded in 2013 by Noel Klein-Reesink, after years searching for the perfect skate shoe and designing for New Balance and adidas. His experience taught him that there was a serious need for a well-designed, thoughtful and sustainable sneaker, hence ekn’s long term mission statement “Made in Friendship” – an alternative to inhumane and environmentally degrading practices.

“The ekn Kamthala shoe is a statement – a sign of respect. Because in a fair world there is no privileged side of the arrangement. If fairness is the goal, we should share our aspirations.” says Klein-Reesink.

Alexander Grapp, Group Creative Director at Accenture Song and initiator of the concept, says: “’Made In’ labels not only brush over the unjust conditions that people in the Global South often work under – they also reinforce harmful stereotypes about creativity and production in the so-called ‘First’ and ‘Third World’. They presume that American and European design is superior to that of the countries where brands outsource their production, which is simply not the case. All of this is what we wanted to challenge with this statement. And along the way we learned and were continually inspired by the creativity and resilience of designers from Bangladesh like Rokaiya. We hope this makes people think!  We’d like to invite more companies and brands to work in a different way with countries like Bangladesh and beyond – and to harness the talent and creativity that is clearly waiting to be more widely recognized.”

All ekn’s shoes are produced in Portugal from sustainable materials, with the aim of providing high-quality footwear without the social and environmental harm caused by similar manufacturers.

All profits from sales of the shoes will be used to set up an NGO to offer the creative people of Dhaka a new place to work, and for a development program seeking talented female designers in Bangladesh and other countries to create an ongoing series of ekn footwear.

The limited edition ekn Kamthala will be available worldwide from January 21st, 2023 at a retail price of $215.00 by visiting www.eknfootwear.com/en. 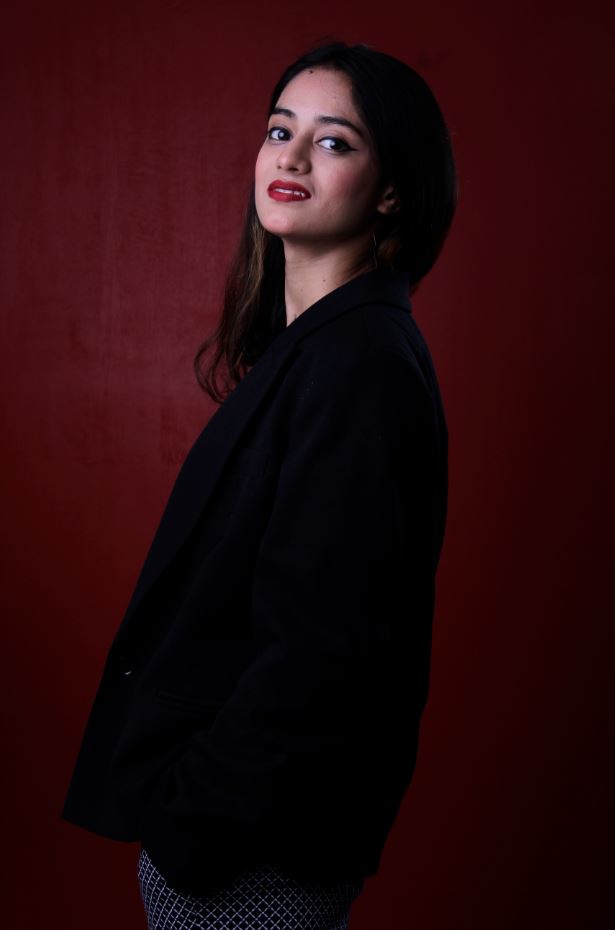