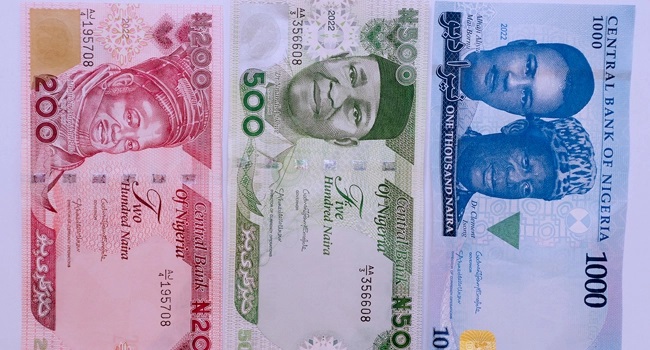 The Central Bank of Nigeria, (CBN) has continued its sensitization of new notes with market traders in Kebbi State on the redesigned 200, 500 and 1000 naira notes with a warning that, there would be no swapping of old notes for the new ones in banks.

The CBN officials led by the Kebbi state branch Controller, Dantsoho Abdullahi, advised traders to take their old notes to the banks for immediate deposits as deposit of the old notes by the apex bank closes by 31 of January, this year.

Addressing the traders at the Central Market in Birnin Kebbi, the CBN branch controller, explained that the CBN would manage the country’s legal tender currency, including the Naira, Kobo, and eNaira.

According to him, sensitizing the market traders in the state was necessary to know that there will be no swapping of the old naira notes for the new ones in banks and they should take their old notes to banks for deposit.

He stated that CBN decided to redesign the 200, 500 and 1000 naira notes because of the large volume of bank notes that were being hoarded by the public, increase in rate of counterfeits of naira notes and money laundering.

Abdullahi revealed that, CBN observed that, 85 percent of the money issued were not in the banks, only 15 percent are in banks.

He added that, the naira denominations were redesigned to tackle drug barons, money launders.