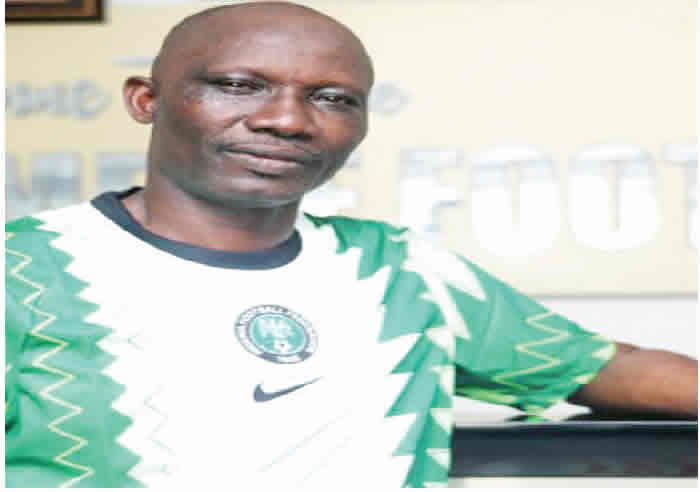 Head coach of the U-20 team, Ladan Bosso, has further reduced his squad as he prepares to drop his final list for the 2022 U-20 AFCON in Egypt.

The four unnamed players were dropped before Tuesday’s training session, which also afforded Bosso and his coaching crew the chance to test some overseas-based players who arrived camp over the weekend.

Ademola Ola-Adebomi of Crystal Palace, Joel Ideho of Arsenal, Michael Ologo of Istanbulspor and Abel Ogwuche of Trelleborgs were all involved in a test game that ended in a draw.

During the session, the Ideho and Ogwuche were particularly impressive, just as Ologo showed composure as a topflight player. Ola-Adebomi was also imposing in the test game, but it appeared the 15 minutes game time he got wasn’t enough to show his real abilities.

As the Flying Eagles continue their preparations for the tournament in Egypt, the Nigeria Football Federation has penciled a two-legged friendly against Zambia on Friday and Sunday.

Seven-time champions Nigeria have been drawn with hosts Egypt, Mozambique and Senegal in Group A of the tournament.