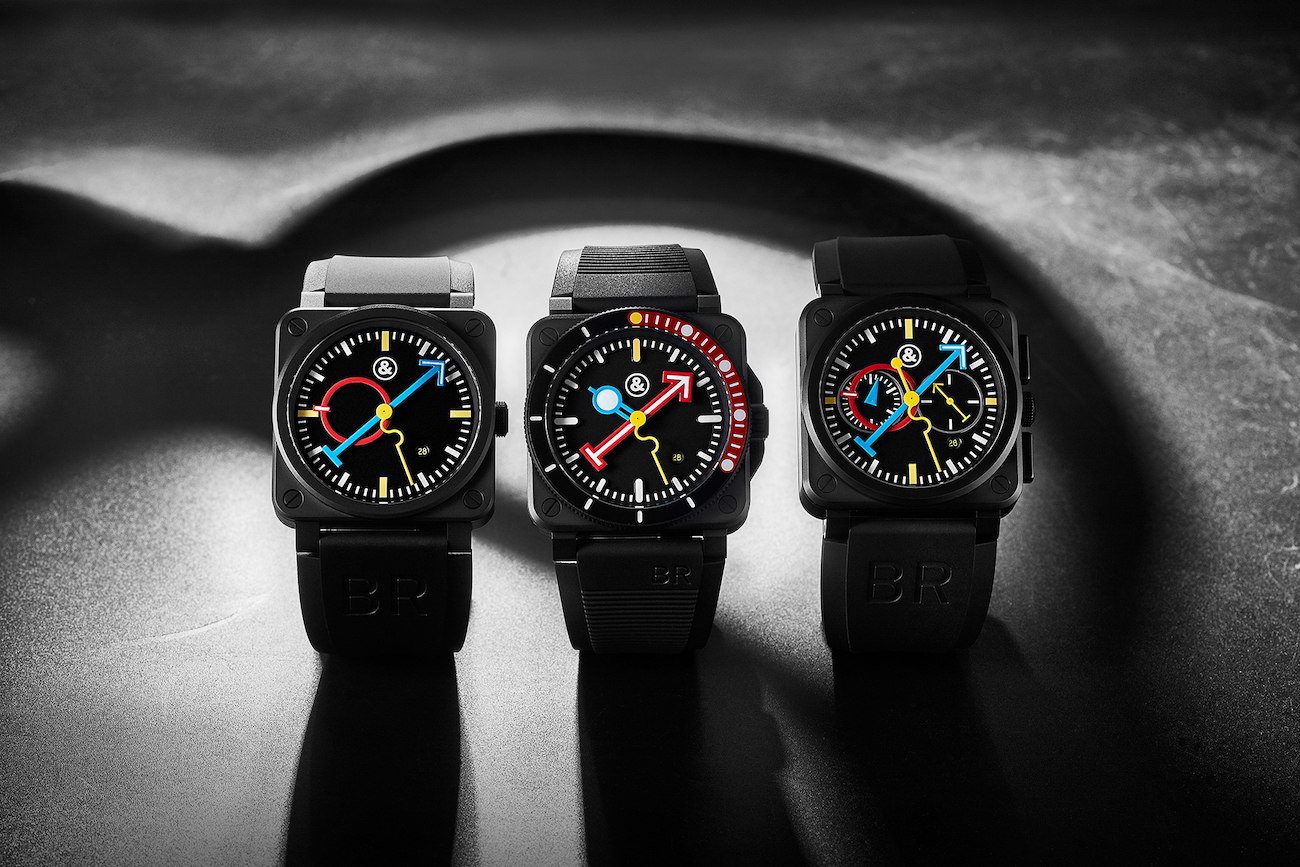 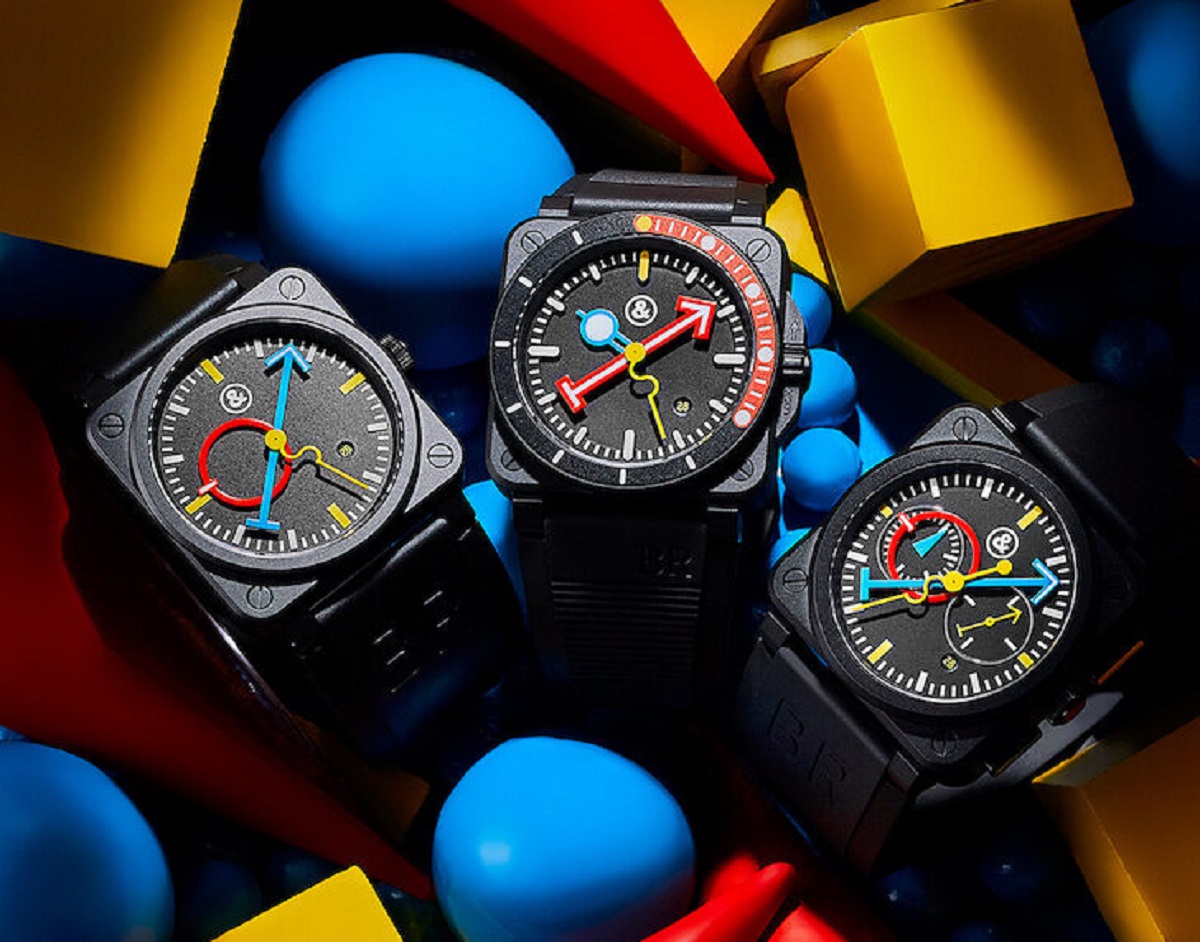 United as the fourth offering from Singapore-based Grail Watch, the two watchmakers have devised the Bell & Ross × Alain Silberstein Black Ceramic Trilogy, which consists of a BR 03 time-only model with date, a BR 03 diving watch, and a BR 03 chronograph. 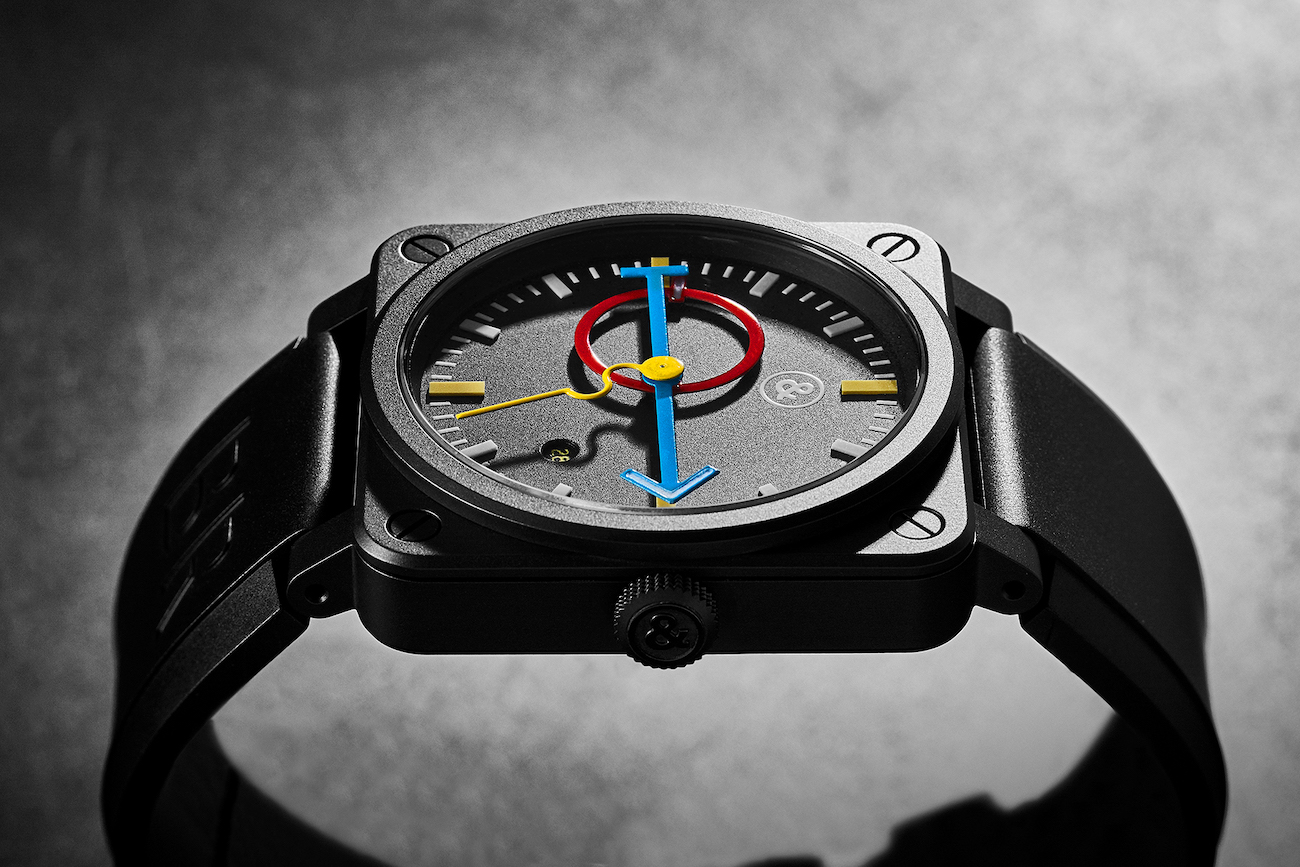 All three watches use the now more common, smaller version of the BR 03 case. While the original BR 01 measured 46mm × 46mm, the most recent BR 03 collections measure 42mm × 42mm, the size of each model in the new Grail Watch collection.

Notably, none of the watches features a brand logo. 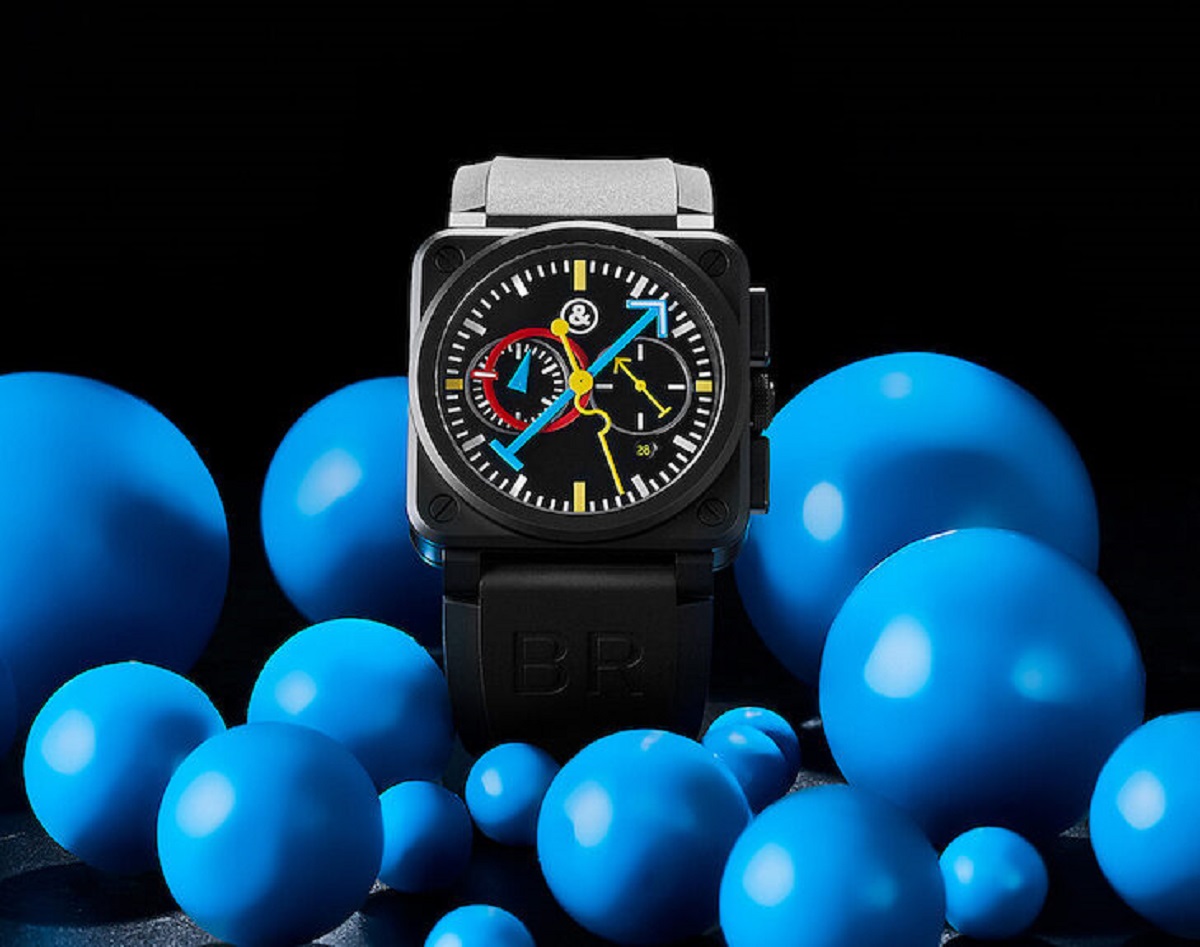 “We decided to simply use the ampersand that already features prominently in our brand name because the what better symbol for a collaboration between equals could you imagine?” says Belamich.

“With the chronograph, Carlos explained that the second’s hand was by far the largest one ever fitted to one of their watches, and we had to ensure the reset function worked perfectly each and every time so it would align exactly at zero,” Silberstein adds. 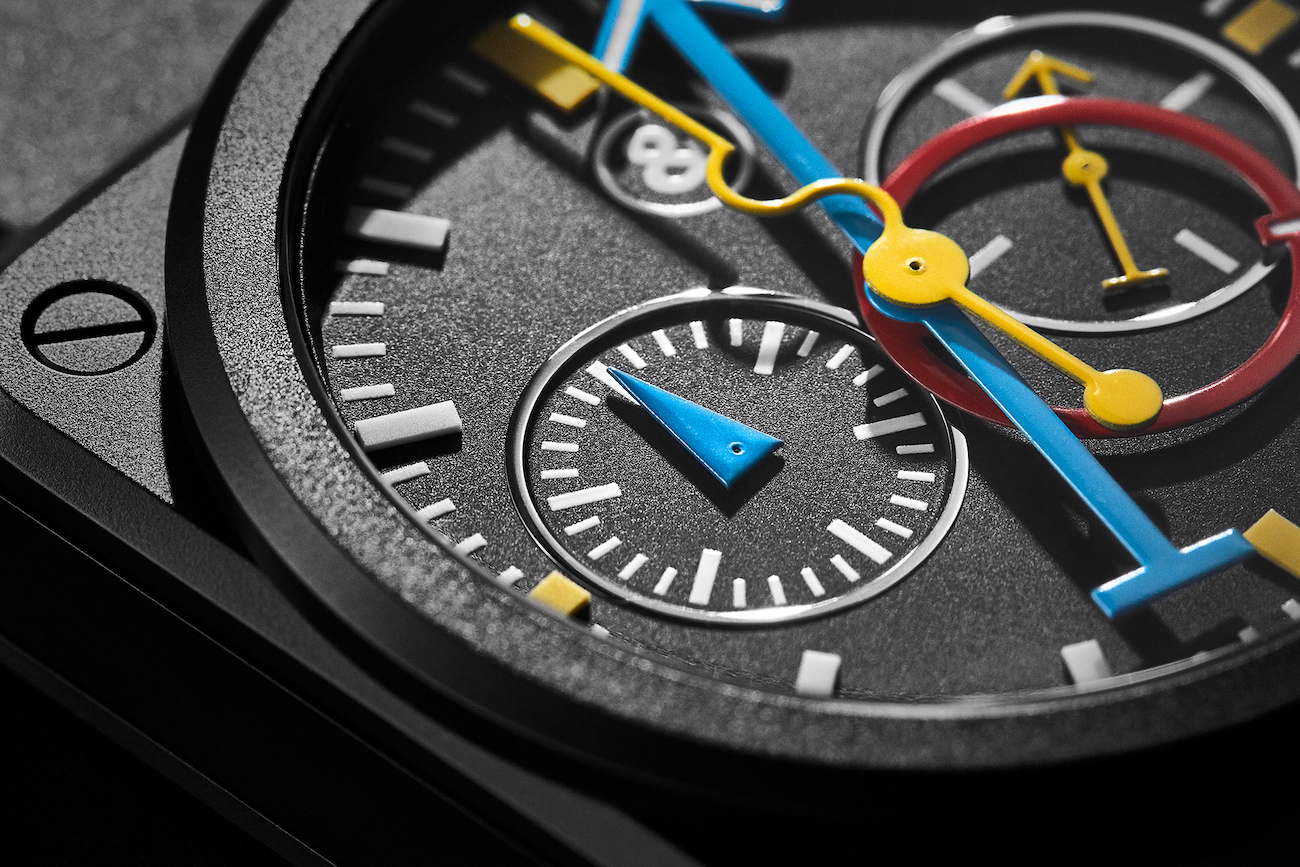 “With the diving watch, we had to make sure these huge oversized hands were as light as possible, so they wouldn’t affect the overall precision of the movement. And then to make a two-color ceramic bezel was a major challenge.” 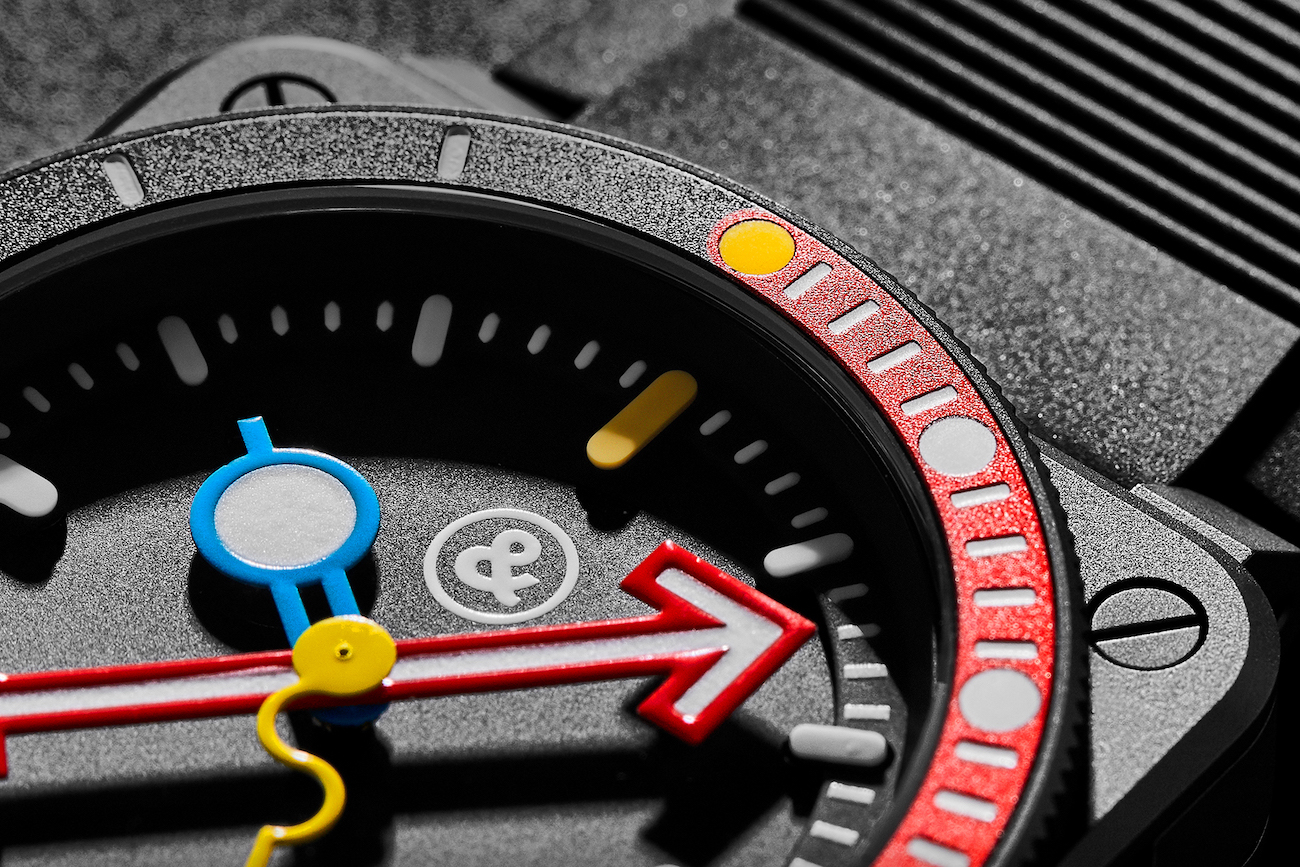 The first watch in the trio, the Bell & Ross x Alain Silberstein BR 03-92 Klub 22, is a time-only model on a matte black ceramic case and jet-black dial. 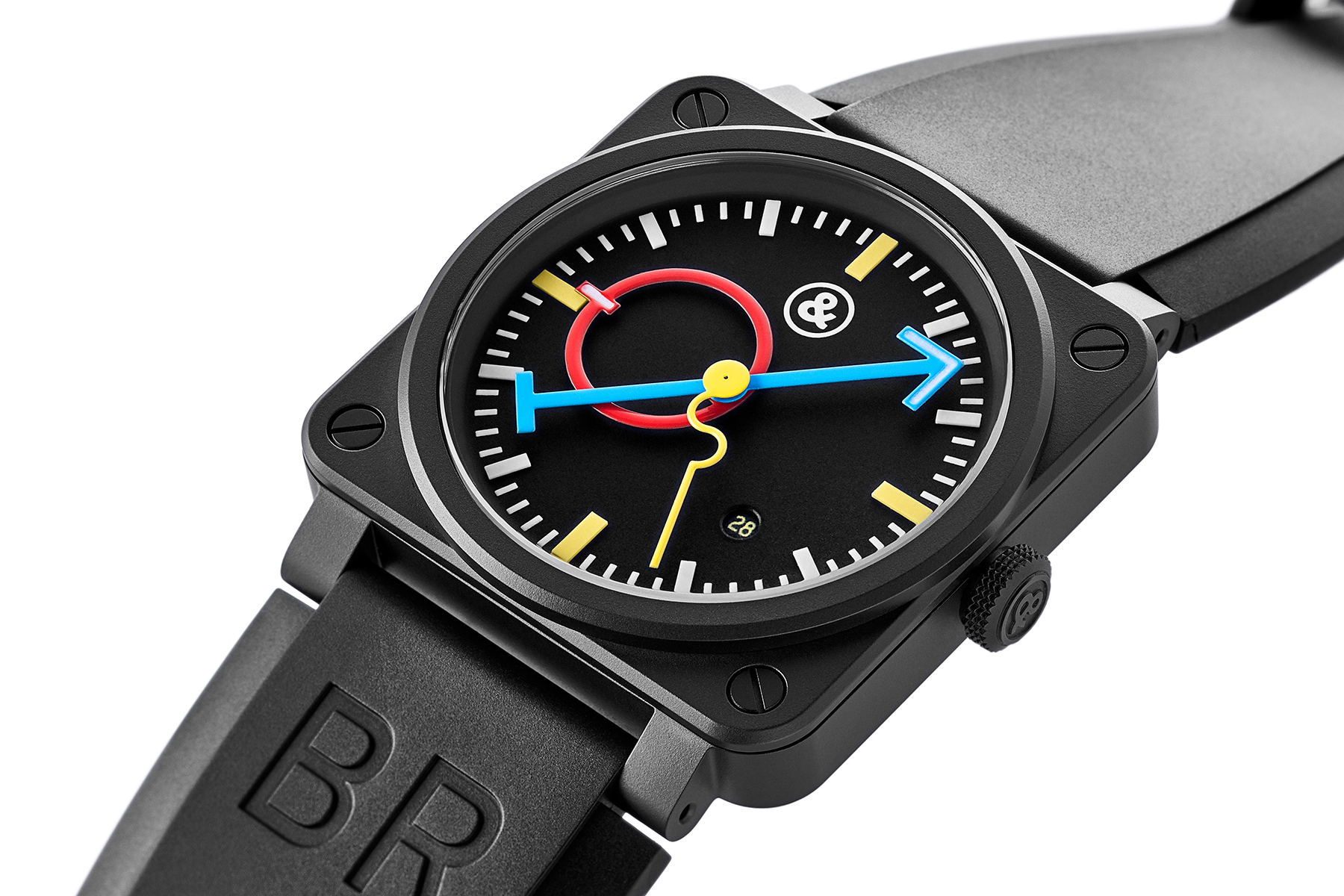 The dial is interrupted only by the subtle date indicator. The watch features an automatic movement caliber BR.CAL-302 with date function. Priced at $4,400, it will be made in 200 examples.

The Bell & Ross x Alain Silberstein BR 03-92 Marine 22, the second model in the trio, is a re-imagined dive model. 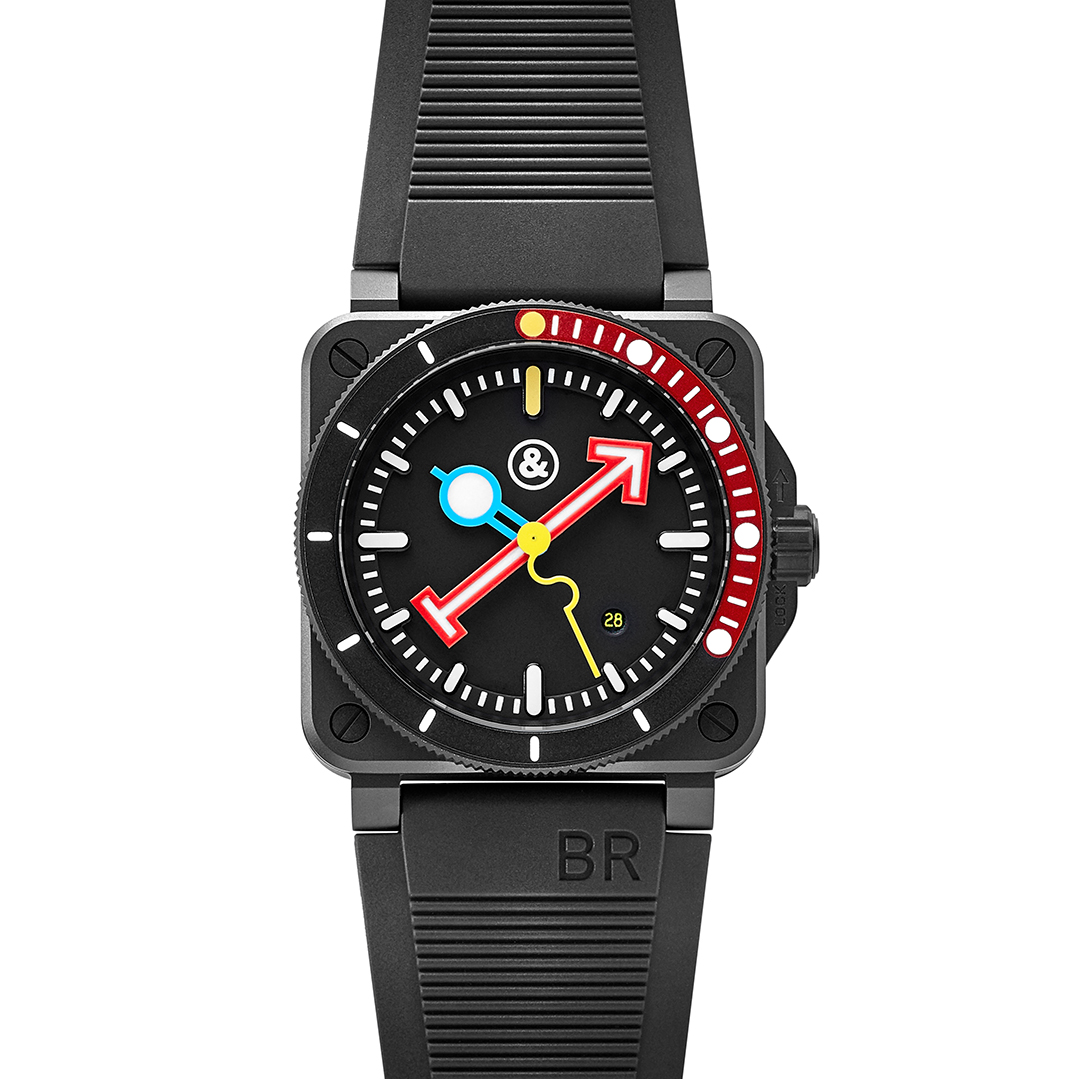 Here Silberstein applies his “Maxi’ hands, which include a blue circular hours hand and a large red arrow. While both hands are liberally coated with luminescent material, the minute hand is particularly visible due to its critical elapsed dive time function. 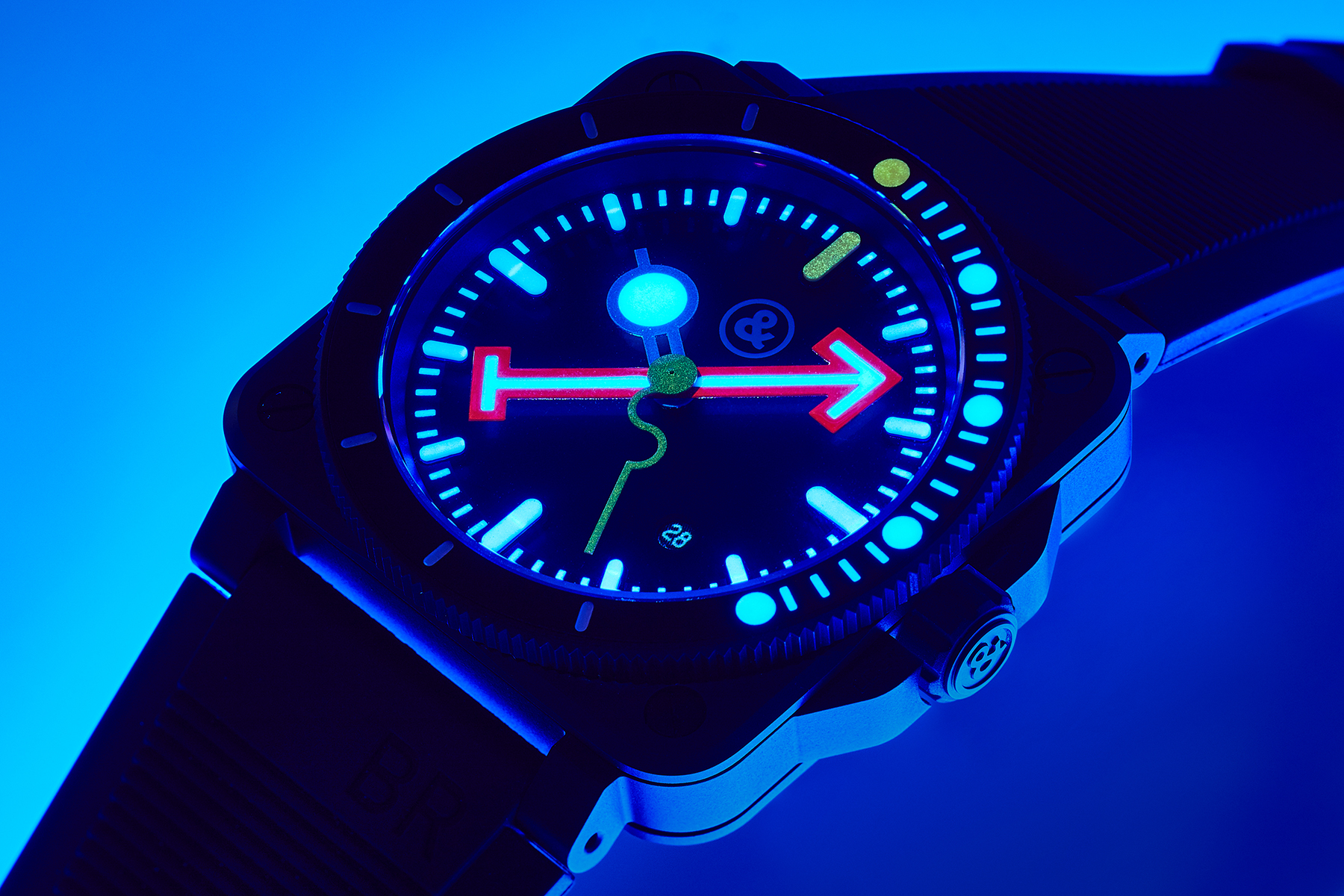 To that end, the designer created a specialized two-tone ceramic bezel with the final twenty minutes of the insert colored red and a full set of 20-minute markers with luminous indexes. 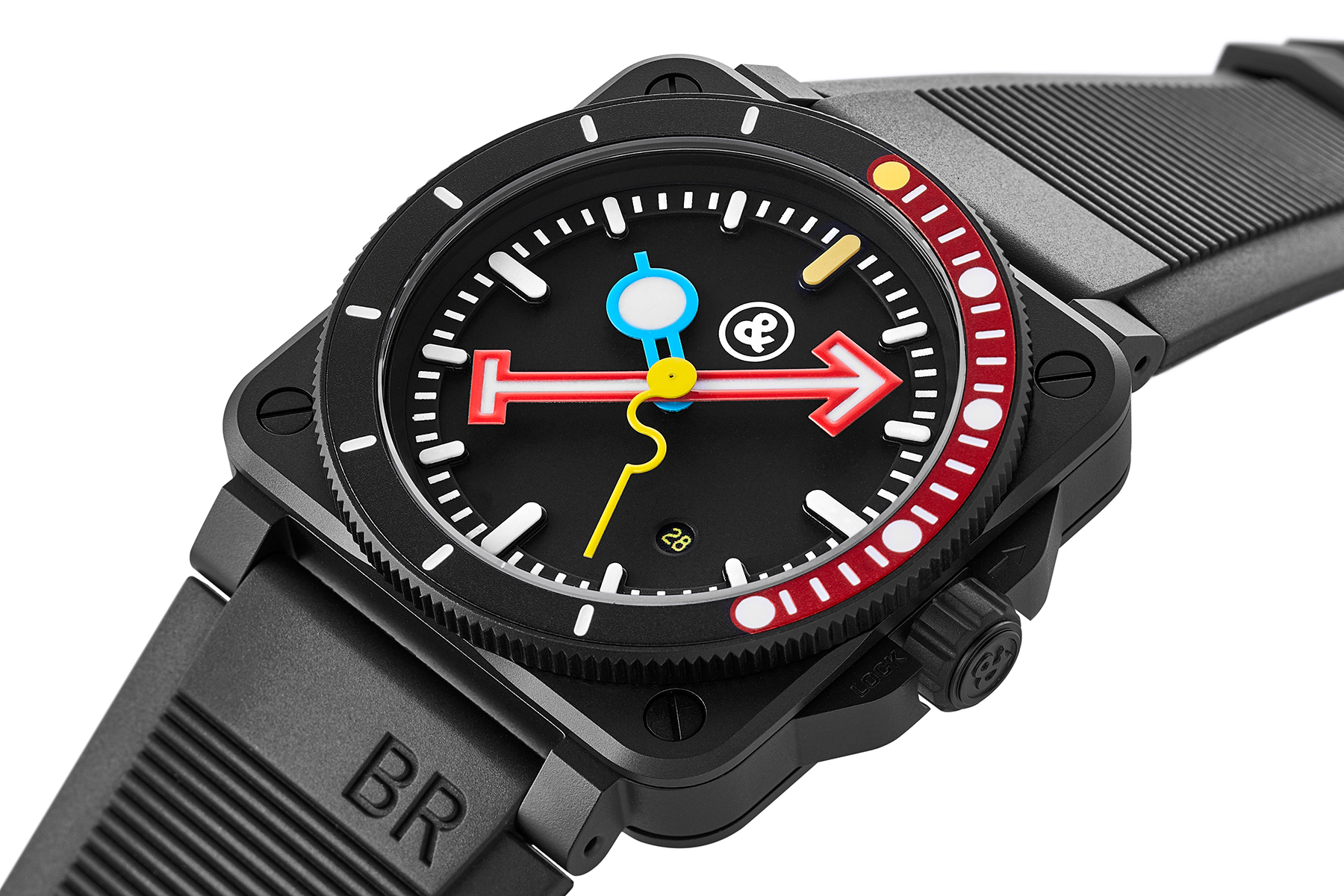 The Bell & Ross x Alain Silberstein BR 03-92 Marine 22 diver model is depth rated to 300 meters, features a screw-down crown, and is powered by caliber BR.CAL-302, the same automatic movement with date function used in the time-only model. It will be made in a series of 100 examples. Price: $5,600.

The third model in the series is the Bell & Ross x Alain Silberstein BR 03 Krono 22, a chronograph with five of Silberstein’s famous Bauhaus-inspired hands. 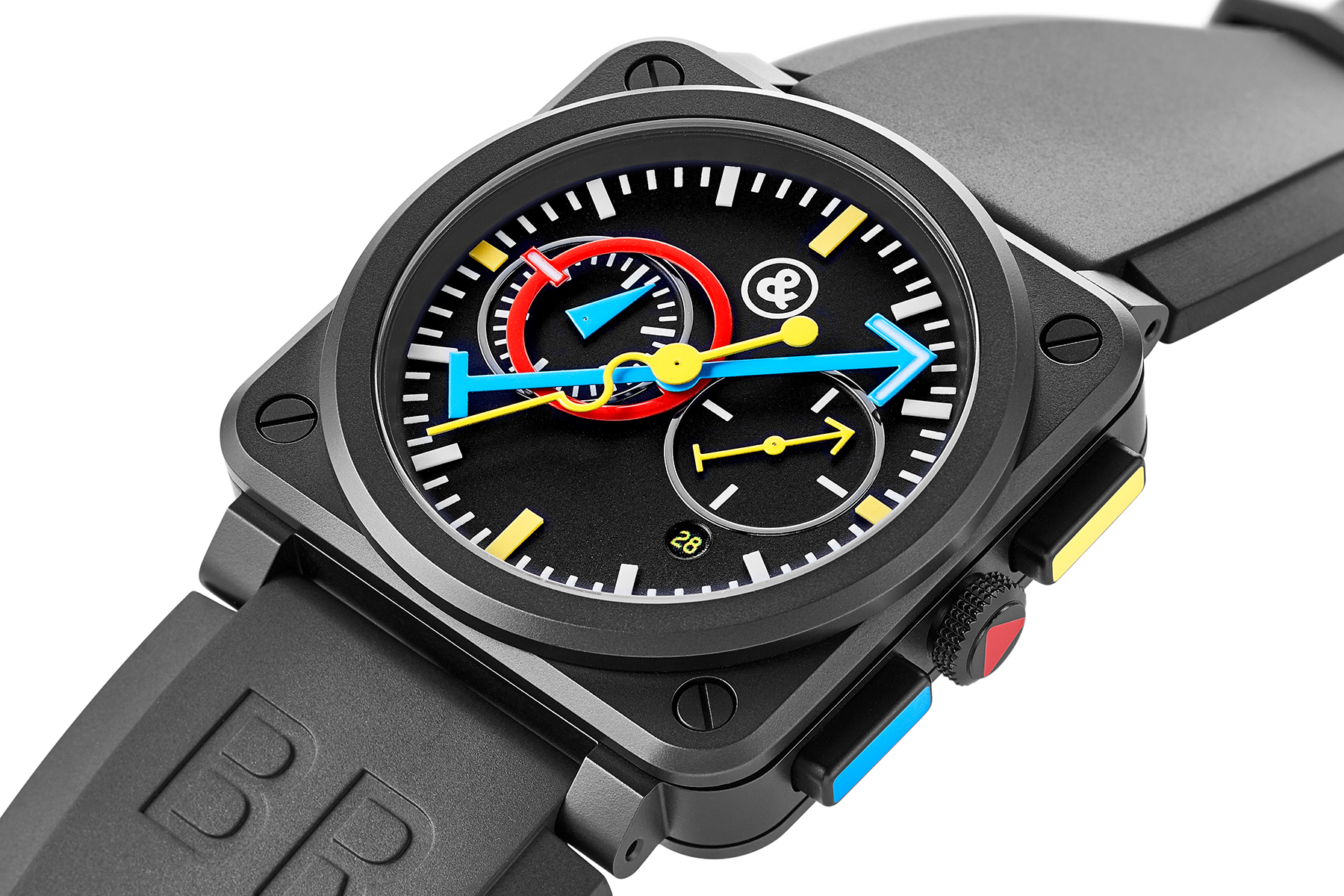 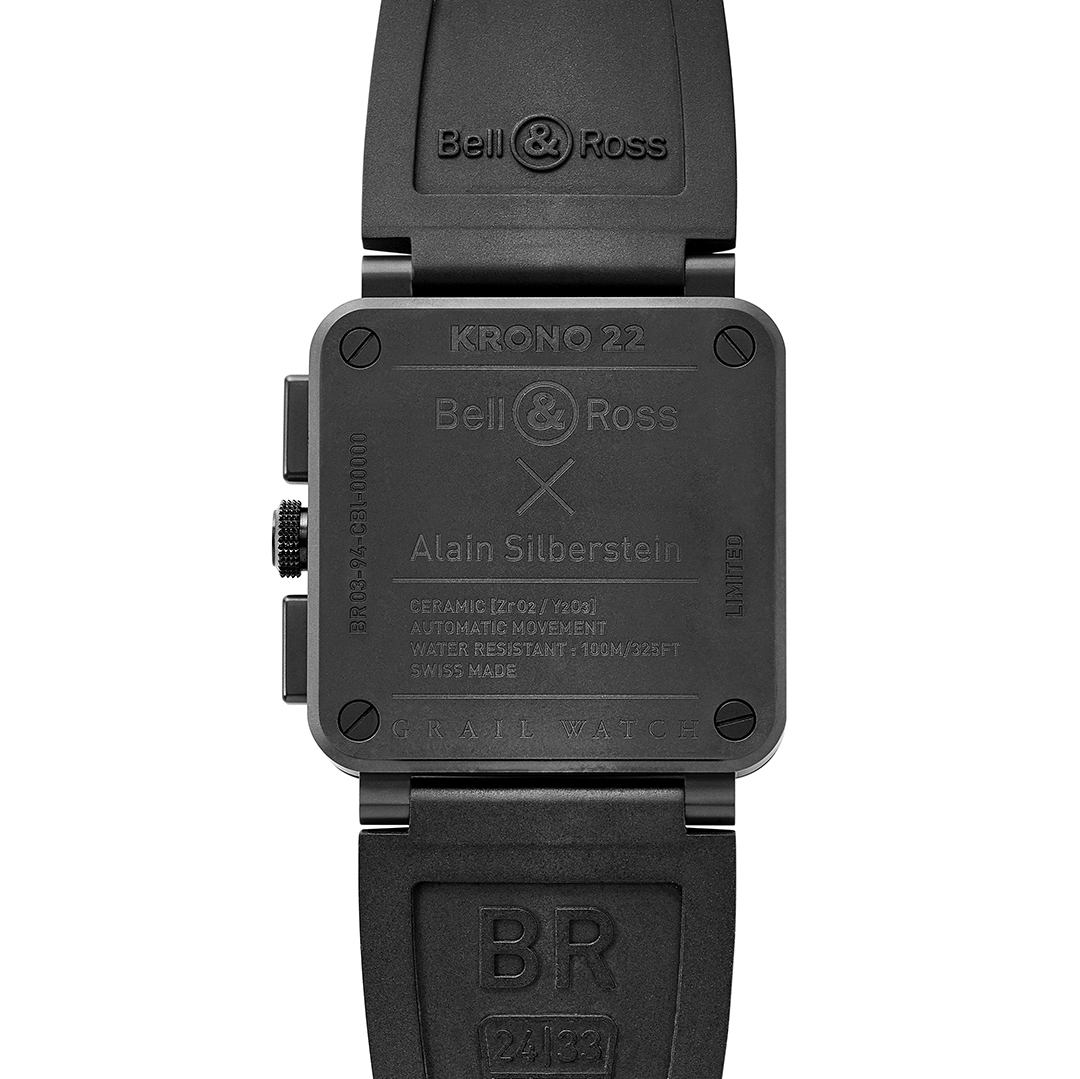 Unlike the other two debuts, this model offers a crown that features Silberstein’s signature red triangle.

The Bell & Ross x Alain Silberstein BR 03 Krono 22 is powered by the caliber BR.CAL-301 automatic chronograph movement with date. Made in 100 examples, the watch is priced at $6,700. 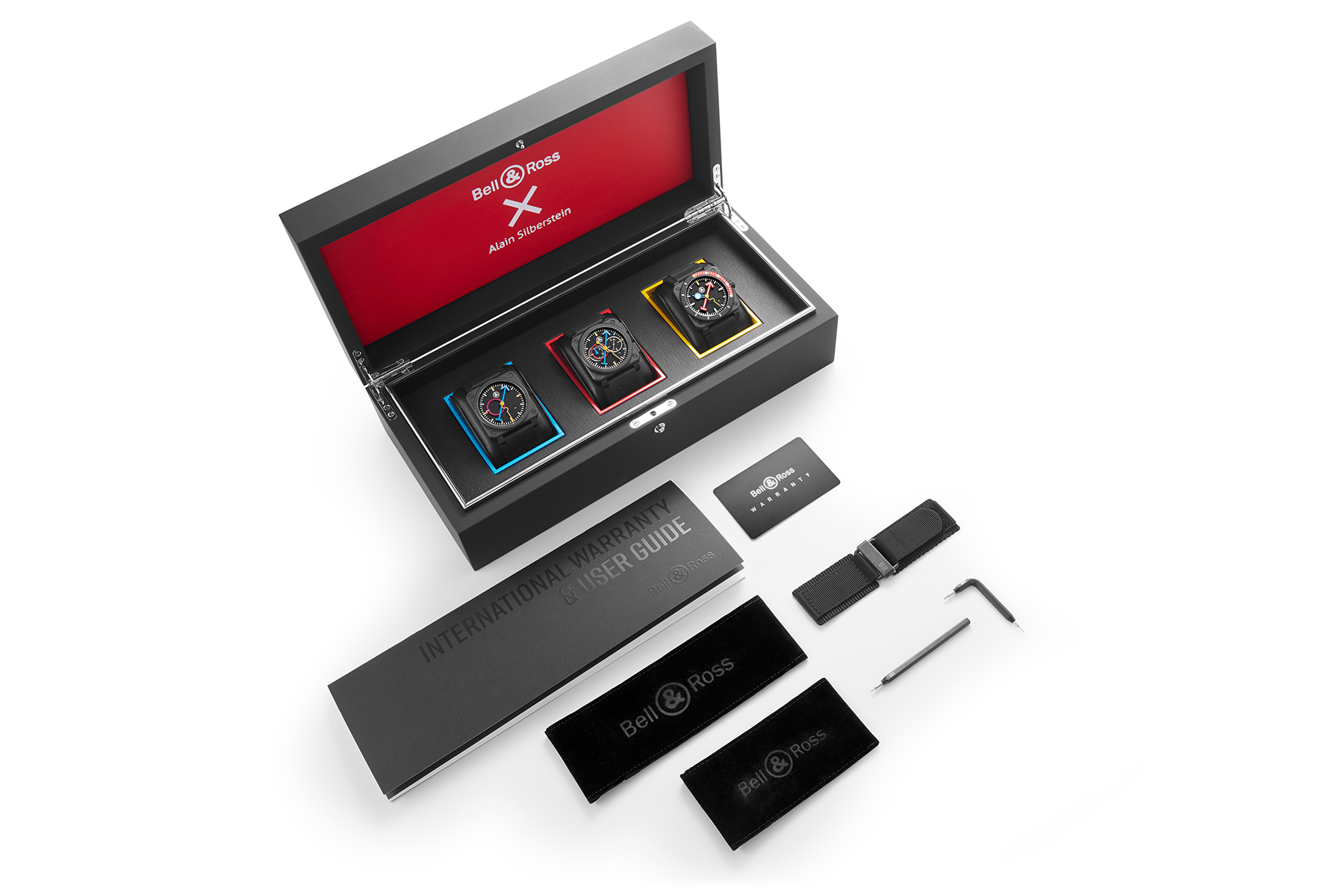 Grail Watch is offering watches numbered 1 to 50 as a box set of all three timepieces, which will arrive in a Silberstein-designed collector’s box. Price for the set: $16,700.