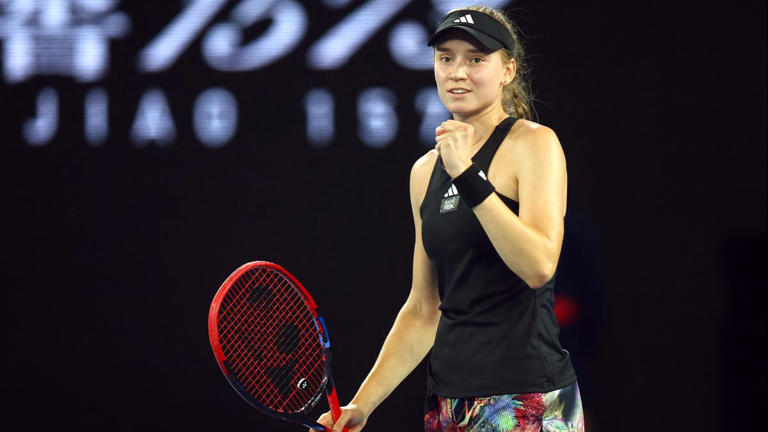 Rybakina fired 11 aces and 24 winners as she claimed a dominant 6-2 6-4 victory over Latvia’s Ostapenko.

The Kazakh wrapped up victory in one hour and 19 minutes following a lengthy rain delay on Rod Laver Arena.

Rybakina, who is seeded 22nd, will face either American world number three Jessica Pegula or two-time champion Victoria Azarenka for a place in the final.

In the mens draw, Karen Khachanov from Russian will contest his first Australian Open semi-final after Sebastian Korda was forced to retire with a wrist injury.

Korda was growing into the match when he began to struggle with his right wrist, taking a medical timeout midway through the second set.

Khachanov will play either third seed Stefanos Tsitsipas from Greece or rising Czech star Jiri Lehecka for a place in Sunday’s showpiece.