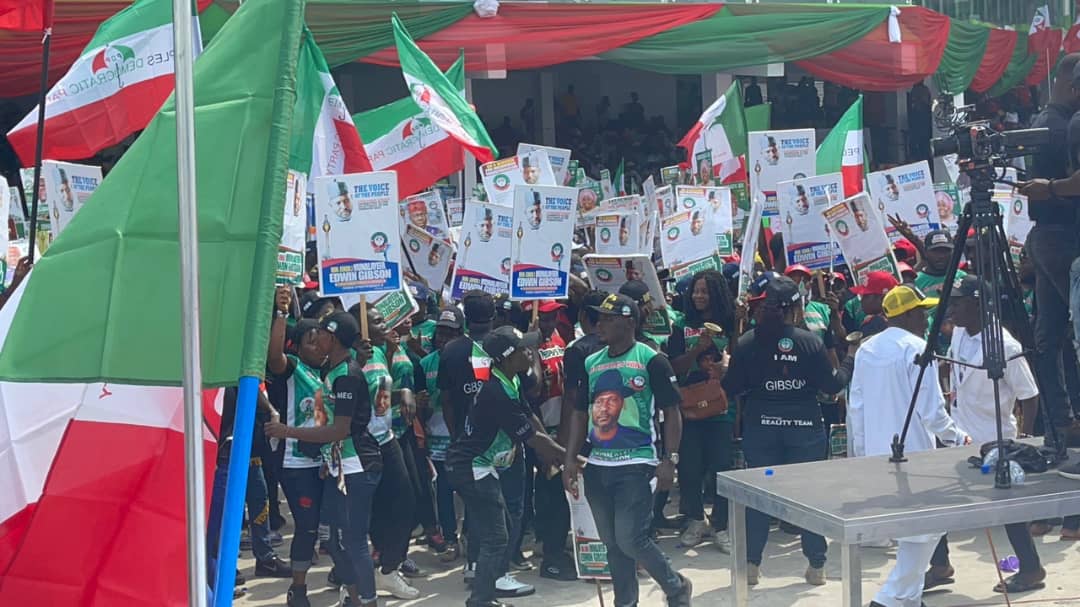 The presidential candidate of the Peoples Democratic Party, PDP Atiku Abubakar has promised to give every part of this country and every religion a sense of belonging if voted into power next month.

The former Vice President who made the promise while addressing a rally in Asaba, Delta State, also promised to pay due attention to the education sector and ensure an end to industrial disputes in tertiary institutions.

Alhaji Atiku told the people of the Niger Delta that his plan to devolve more power and resources to states will be of immense benefit to them as it would make more resources available to them.

“I promised in my five-point agenda to make sure the economy has a commanding height. Once you improve all those things, I am saying you will see foreign investment trooping in just like when the PDP was in power and we had the biggest economic growth until we became the biggest economy in Africa. Is that not so?

He explained that he was in the region to thank the people for the support that he has enjoyed over the years, which he said he had repaid by picking the Governor of Delta State, Ifeanyi Okowa, as his running mate.

Atiku thanked Delta State students who endorsed him for president, saying: “I want to assure you that in my agenda is education. I want to commend this young man who on behalf of all the students in Niger Delta has today endorsed our candidature.”

In his address, the PDP National Chairman, Dr. Iyorchia Ayu explained that Governor Okowa was chosen as the party’s vice presidential running mate because of his achievements in office.

The Chairman of the PDP Presidential Candidate Council and Governor of Akwa Ibom State, Mr. Udom Emmanuel, expressed confidence that when the PDP returns to power, the International Oil Companies which had left the Niger Delta, would return