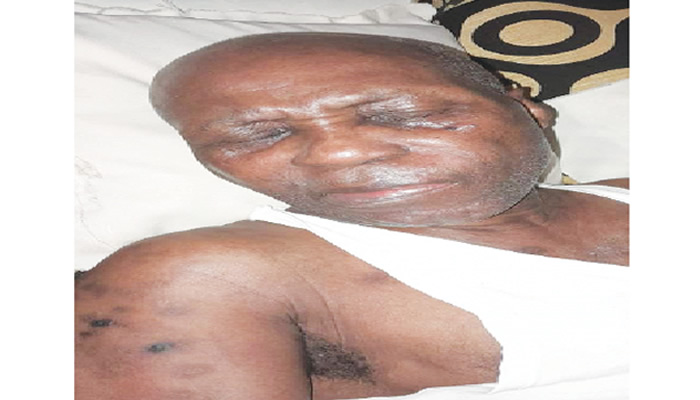 The minister, who did not disclose the amount he gave as support, stated that the 84-year-old Brodericks-Imasuen was a national hero who needed all the care he could get to bounce back to good health.

Special Assistant on Media to the minister, Toyin Ibitoye, told the coach’s wife Helen that the minister felt compelled to aid the U-17 World Cup-winning coach.

Ibitoye said, “The minister asked me to come to Benin to see coach Brodericks-Imasuen personally and deliver the message, which is between him and the family of the coach. I am happy to see that he is making progress and the minister is also elated about this.”

Helen, who thanked the minister for his gesture, said her husband was responding to treatment and called for more support for the coach.

“I thank the minister for this kind gesture, it shows that the plight of my husband is getting to the right channel. I pray that he would continue to receive the support he needs to get back to his feet.

“He is better now compared to when we brought him to the hospital. Hopefully, he can get better and be relocated to another ward to continue treatment. I hope that he gets more support as he continues his recovery.”

Prof. Frank Imarhiagbe, the coach’s physician for over 10 years, said Brodericks-Imasuen was making progress compared to when he was admitted.

He said, “It has been a long journey of over 10 years since I started taking care of him as a patient. He is diabetic and hypertensive and after sometime, he started suffering from Dementia. What brought him now is that he suffered a stroke.

“In the last two years, he has suffered loss of memory, uncoordinated speeches and urinates on his body. The stroke is like making a bad situation worse and that is why he was admitted.”